US biolabs in Ukraine and the conspiracy of silence 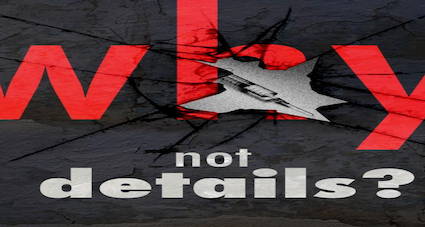 The United States has multiple biolabs in Ukraine.

It’s not a myth like the Weapons of Mass Destruction (WMD) with Saddam Hussein.

We don’ have to take the word of Sergey Lavrov, Russia’s foreign minister, that is if you ever chance upon his views in our sanitised media.

It’s former US Democratic representative Tulsi Gabbard who puts a number of 25 on such US-funded bio labs in Ukraine.

Gabbard has been dubbed a “traitor” for worrying about its breach which could release hundreds of Coronavirus pandemics on humanity, millions dead later still unsure if the inaugural sample is past by its “sell” date.

Then Victoria Nuland—the US state department official who allegedly caused a coup in Ukraine in 2014—herself has testified before a Senate Foreign Relations Committee hearing of US-funded biolabs in Ukraine.

Yet what we hear is a conspiracy of silence.

As if tens of millions dead worldwide were not lives and only numbers we saw in newspapers.

What if our Pfizers and Modernas have nailed billions out of our misery and world’s economy and supply chains have met a Titanic-esque fate.

The United States apparently didn’t take the clearance from the regulatory global body, World Health Organization. Not that the sinful set-up which answers to the call of moneybags we call Bill Gates has whimpered in protest.

We also seemingly have the United Nations on vacation, the body which rushed the global mandate against Russia overnight, signed and delivered, into the palms of Washington.

This is the Club which is stuffing us with the image of the same Ukrainian woman holding her child and a bombed building with a new angle everyday in newspapers.

The likely killings, due to release of deadly pathogens from biolabs across continents, doesn’t concern our guardians and their puppies we call media.

Let this sink in: None of these pen-hackers have echoed a simple question which Russia has been accusing the West of:

That Ukraine is a client country of the United States for no sovereign nation would allow its land to be used for experiments of such deadly consequences;

Not unlike Kosovo which is a handcrafted country in southern Europe, of a few hundred sq kms and a few thousand citizens, just over a decade ago, still unrecognised by most of the world but vital to the US for its military base, Camp Bondsteel, and project Energy Pipelines to Europe.

And if Ukraine indeed is a vassal to the United States, who are we to dispute that its nothing but a playground for NATO; swarming with neo-Nazis which the Old Continent of Holocaust memory ought to have snuffed out. But no, Al-Qaeda is in Europe, like ISIS emerged in the Middle East, and nobody gives a damn.

When Russia ought to have been a saviour, risking its very being under the weight of excessive sanctions, Europe, from Macedonia to Marseilles to Munich, are raising the spectre of a Hitler reborn.

All of this is official: That US has 26 biolabs in Ukraine, that it runs under the command of Pentagon, and no information could be released in public. Worldwide, US has 336 such biolabs in 30 countries. The US military virtually directly funds and operates such facilities.

Back home, Fort Derrick in Maryland is known for the “darkest biological experiments” of the US army. Last year, a South Korean civic group had sued the Fort Derrick bases over the smuggled toxic substances to the Asian country in violation of domestic law.

We have it in public domain that in 2015, a probe by the US department of defense, found a US military lab in Utah guilty of not neutralising live anthrax spores which were shipped to 86 labs in the country and abroad.

Nobody knows if such activities fall in accordance to Biological Weapons Convention (BWC). For its the US which has obstructed the setting up of a BWC verification mechanism.

So why “fund” Ukraine which is poor and isn’t quite gold standard in biomedical research? Where is WHO? UN? The Biological Weapons Convention? Who benefits from the Nazi-sation of Ukraine? What does Pentagon have in mind for we the people, the canon-fodders?

Questions which concern. Instead, we have a cover-up under the guise of “fighting misinformation” while the humanity shuffles on strings moved by these actors.

We ought to be scared. Very, very scared.