US riots have all but secured Donald Trump’s re-election 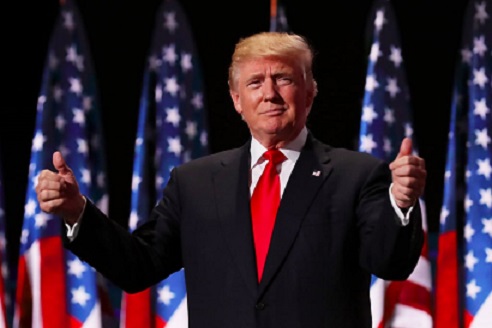 If riots are the moment which sank the bobbing mass, be fairly sure that Donald Trump would not only float but sail to the promised land of US re-election this November.

Indian elites and movie stars might hold placards of “BlackLivesMatter”; Europe might erupt in enraged fury at the racial injustice; mainstream media might soil their pants in outrage; and the biggest brands might shut their shops in solidarity but the voting masses are pissed as events are unfolding.

Long after riots die down, all that would remain in voters’ memory is arson and looting; those images of goons emptying stores, big and small; shops gutted; properties ablaze; owners beaten to pulp; videos of Manhattan’s luxury shopping district, shut and looted to the last store.

This is the last thing voters would condone, reeling as the little man is at drying income, lost jobs, deaths in family and neighbourhood and a pandemic which is arguably the biggest enemy the United States has faced since being formed in the 18th century. There is a swell of anger which of course escapes the Big Media, by accident or design, since they love burning decks splashed on their front pages. Psychology doesn’t bring readers. The national cost of one cop’s knee on an unfortunate man is already sky high.

There is enough evidence on the crime scenes to correlate that riots were fabricated as pre-delivered bricks hurled in burning cities were identical; that it has happened mostly in states led by Democrats; and the resultant curfews lacked the will to enforce its maxims. The removal of statue of Robert E. Lee, the defender of Virginia capital from being looted and burned, would hurt millions. And no opportunity is being lost to stress that George Floyd had a criminal record and was suffering from ailments.

It hasn’t helped that “knee-on-Floyd” moment is largely drawn from the Israeli copybook methods in which the US Police is trained. Both view protestors as enemies and employ aggressive restraining measures. Kids as young as five-year-old are handcuffed; teenagers are pushed to sink to their knees. It won’t help matters now that the police in US is getting on one-knee to show that they are sorry. A common man values law and order above everything: even over racial divide which is institutionalized in memory and practice in the United States.

The United States inherited the black slave trade; they didn’t start it. They were born with it. And they never learnt. It was history’s curse. Over time, Blacks were taught that Whites were to be hated; White arguably owned up some guilt. As an analyst drily remarks: “People don’t employ people they hate to look after their children, cook their meals, run their households, and people who hate don’t perform these tasks for those they hate.” It’s flying in the face of logic to assert that Whites and Blacks don’t function together in their lives.

And that’s exactly fake sympathizers of “BlackLivesMatter” are doing. Nike and Adidas have run long campaigns in support; Spotify ran an eight-minute and 46-second track of silence across its playlists and podcasts as a “solemn acknowledgement for the length of time that George Floyd was suffocated,” L’Oreal shed tears; and Apple mourned with “Blackout Tuesday.” Interestingly, none of these multinationals have one black face in their command centres. NOT ONE. This is true of 46 out of 50 top brands originating from the United States.

In India, Bollywood bimbos have gone to town on “BlackLivesMatter” even as they pose for fairness creams ads in dozens. Indians, right from Mahatma Gandhi onwards, have reserved only contempt for the Blacks. So embarrassing was Gandhi’s views on “Kaffirs” that before he left South Africa in 1914, he burnt all his archives of such damning literature. We have umpteen attacks on black students in the Capital and its suburbs. It’s hypocrisy at its most vile.

Trump of course wouldn’t let go this moment. His quotes “when the looting starts, the shooting starts,” is the right kind of noise voters want to listen. His anti-China stance, contrary to one of Joe Biden’s free trade philosophy, is already a head-start. Now the riots would bring the voters’ anger to the brim. Worse, it could lead to a renewed burst of Corona numbers and deaths. After all, these riots are mostly in those 25 hotspots where the pandemic has cast its deepest spell. A worsening Corona in these districts, controlled by Democrats, would play into the hands of Republican Trump.