Western Media is trash: Here’s the proof you always wanted 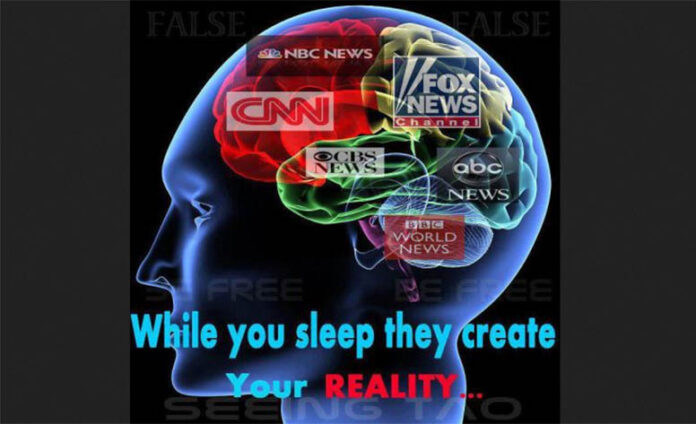 Headlines such as “India’s politics of hate” (Washington Post); “Millions of Indians could be in detention camps” (Bloomberg); “New Delhi turns into battleground” (New York Times) or Newsweek talking about India’s ruling party’s agenda to “marginalize Muslims” are guaranteed to give you a bad conscience. However, it could also be an occasion to brush up your primer on Western Media and know why they do what they do.

I of course am referring to the unfortunate violence which erupted on New Delhi’s streets and claimed 20 lives even as the president of the United States Donald Trump was beaming from ear to ear on the massive welcome he received from masses and Indian establishment this week.

Let’s believe Hindus and Muslims could’ve been on the opposing sides of violence even though India’s intelligence is in the middle of determining if it was engineered by inimical forces. Let’s also not deny that law and order, crime against women, caste, linguistic identities, inequality etc is unreal in India. Let’s also not frame this debate on the narrow binary of rise of Narendra Modi which has let the genie of Hindu-hating Western Media out of the bottle.

Modi alone is not the fall guy

The truth is no Indian leader—be it Jawaharlal Nehru, Indira Gandhi, Atal Behari Vajpayee or Modi—has escaped the scalding venom which Western Media has poured on them. Nehru was lampooned for his Non-Aligned Movement; Indira for standing up to violence in neighbouring East Pakistan; Vajpayee for Nuclear test and Modi of course for everything he does. It doesn’t matter that these leaders, at various times, were overwhelmingly voted into power by India’s massive population.

In essence it’s the colonial and imperial hangover of the “North” against the “Savage South” who must get tutorials on “tolerance”, “peace” and “multiculturalism.” This hangover is the binding thread of policy, business, academia and media in the West. Woven with the cloth of liberty, religious freedom and human rights. Of American Exceptionalism and the superiority of the Anglo-Saxon world. An outsider like Donald Trump might be loathed. But the moment he does “right” things against Iran or Venezuela, he is a darling.

Try pointing out the racial violence on American streets, the bogus wars it wages in Middle East or elsewhere; or the travel bans it has on Muslims from around the world. Try asking them why they oppose countries which choose an independent course, such as Russia, China, Syria or Iran—and yet pat those who were dictators like Suharto and Pinochet and reserved bayonets for their citizens. Why proven legends of humanity such as Salvador Allende, Kenneth Kaunda or Kwame Nkrumah don’t catch their ticking human hearts.

The Indian case is typical of any country which has freed itself from the colonial yoke. The freed countries are left with elites who are a mirror image of the masters. Same language and mannerism. Their worldview is similar. In due course, the two collaborate. They work to validate each other. When masses go against such a view, they are “savages” and “bigots.” Then popular mandates, such as for Rouhani, Assad, Putin, Xi or Modi, don’t matter. For the “masses” are not allowing the “classes” to keep the countries unstable; to exploit its’ wealth and resources.

It shouldn’t be too difficult for an educated Indian to comprehend that media is business. Media is not out there for ordinary folks. It’s for profit. Such profit would only come from subscribers. Home subscribers in UK or US are forever looking for who is a “good” or “bad” guy. Such boxes are duly created. In India’s context, those who could afford the subscription of Western media outlets such as Washington Post, New York Times or the Guardian are prime catch. Ordinary folks, who neither could understand English nor pay to buy Western rags, don’t matter. When such faceless masses, who don’t come to TV studios, rise and Trump, Putin Modi or Brexit happens, there is mayhem.

India has its problems. It always had. It always would. It can’t be otherwise in a country of multiple religious and linguistic identities. Yet it has grown to be one of world’s biggest economic success stories. It’s digital and space milestones are massive. Its democratic traditions are unbroken. Its interiors today have access to health, education, houses, electricity and gas. Its’ roads, trains, airports and infrastructure are on a major revision course. India is more than just one Narendra Modi. Let Western Media and their local mirror image see India in the Modi- binary alone. You and I should know better.Western media has always peddled a narrative and people from Asia—and Africa—have suffered most from it. If you don’t wake up now, this “rape” of our minds would continue into our next generations.