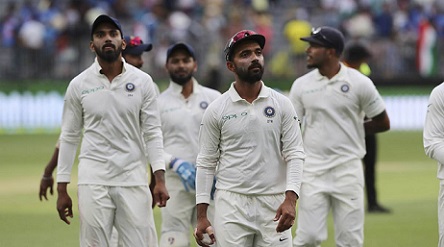 It could get a little tedious to understand and decidedly a matter of hypertension if its cricket and the Brisbane Test (January 15-20) which interests you.

The Indian cricket team is reluctant and its cricket board is in a formal discussion with its Australian counterpart who, let it be said, are quite useless to be of any help in the matter.

The matter concerns the state government of Queensland which houses Gabba, the venue of the Brisbane Test, and which is hellbent that visitors from New South Wales could be allowed past the border only if they submit themselves to a compulsory quarantine of 14 days, alone, in a hotel room.

Now, the Indian team, after the quarantine in Dubai for IPL, submitted themselves to a 14- day quarantine on arrival to Australia and frankly are unwilling to submit themselves for yet another 14 days of quarantine within Australia in Queensland.

On the face, it shouldn’t be much of a concern. After all, India leaves Sydney after the third Test on January 11 and then all they have to do is to be alone in their hotel room, to be united only in communal areas (dining areas), bus (for training) and ground (for the Gabba Test). After all, it wouldn’t be any different for the Australian cricket team.

The only issue is, what happens if someone inadvertently breaks the protocols. Of course, it would involve penalty. Every “crime” has a “punishment” side to it. Here, this enforcement side is left to the “discretion” of police officers. And it is this what makes the matter tacky.

Why should an Indian cricket side, out on a sporting assignment and bringing huge revenue to Cricket Australia (CA) and by default to Australian exchequer should walk down that lane? If different Australian states have their own laws under the federal structure, why a visiting sporting side should brush up its Constitutional understanding of a foreign land. What becomes a priority here: Playing good cricket or worrying about spread on floor (okay, looking over your shoulder).

It doesn’t help when your five players have been hauled over the coals for visiting a private restaurant and a period of isolation has been served. Or when the hosts, health shadow minister of state, is publicly asking you to take a walk if “you don’t want to play by the rules.” Or when Gabba itself was extremely lucky to get its hands around to host the Test when it was deemed even by its former cricket head James Sutherland as not befitting a Test venue.

Gabba is presently number five or so in the rankings of the stadium in Australia. All it has done in all these years is the install big screens and a temporary pool but otherwise it’s stagnant and it sucks. It has poor public transport and almost non-existent parking options. Spectators don’t really roll in comfort and amenity inside the ground. Access to Wi-Fi, well you just asked for moon.

In contrast, Sydney and Perth have been revamped beyond recognition. The NSW government has committed $2 billion to revamp Allianz and ANZ stadiums in Sydney. Grounds such Adelaide and Melbourne are smack in the centre of town. In Perth, a footbridge has been built across the Swan River in an attempt to connect the new stadium to the city. Train and bus stations have been built around the facility.

So, what is Queensland really preening about? And what’s wrong if India foregoes the Brisbane Test? (But for Rohit Sharma I guess who has huffed and puffed across continents for little to no action for weeks.)

It’s not a bad tactical ploy too if viewed from the prism of cricket. India is better served in Sydney which aids spin and where India has breathed easy all these years. Brisbane, in contrast, is Australia’s own paradise but a swamp for visitors. The pieces at Gabba move to the command of Australia’s pacemen. So if Cricket Australia wants its Test, and its revenue, better stick to Sydney or see us off at the airport on January 11.

India has no business to be in Brisbane if the conditions are what they are at the moment.