When was the last you saw yourself in mirror, Mr Pratap Bhanu Mehta? 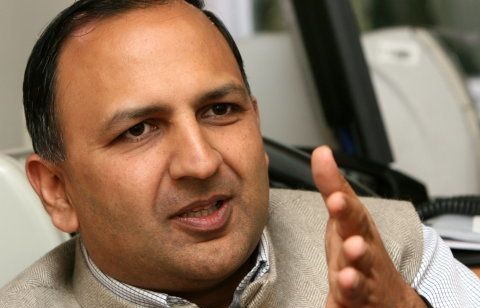 Once in a while it’s fun to see an intellectual knackered down in the ivory tower of his own. So, it was with Pratap Bhanu Mehta in the Indian Express today where he has been cornered by BJP’s general secretary Bhupendra Yadav.

Yadav, you see, has had problem with a Mehta column in the same pages which was titled “Railroading the Bills” and thus leaves nothing to imagination. Mehta had emptied his chamber of bullets which, usually with intellectuals, is a slow striptease for their masters and never really about the subject they are writing. Mehta has an audience in the West, in its academic and media circles, and it was for their consumption. Who cares if BJP heard it or not?

(a)  You say “Question Hour” was suspended. But the “Right to Question” wasn’t suspended. Curtailed sessions often opt so. Why, even state assemblies in Kerala, Maharashtra, Punjab, Rajasthan and West Bengal—incidentally all ruled by Opposition—have also suspended the Question Hour. Any word for them, Mr intellectual?;

(b)  You say the Select Committee was avoided. But you don’t recall that amendment to refer the Bill to the Select Committee had been moved—and could have arrived at some conclusion had not the hostile members surrounded the Deputy Chairman of the House and snatched papers from him;

(c)  You say the “division” of votes were not allowed. But for a division to be allowed, the House has to be in order. And, by the way Mr Intellectual, who disrupted the order? Who walked out? Who ought to have been asked this question?

Mehta has said enough in last few years to leave no-one in doubt that he hates Narendra Modi and the conservative government in power. Before 2019 general elections, he had said: “The last five years have been a mutilation of the Indian soul” or “They stand for everything that is un-Indian.” Never mind, a common Indian has a completely different opinion to Mr intellectual.

But then Essential India is not what intellectuals such as Mehta and Arundhati Roy worry about. Often, they give a Western literary motif to their viewpoint which makes no sense to an average Indian. They are inaccessible to Indians as the latter are to them.

So, when Delhi gathered around 700 academics a couple of years ago, with the idea of creating an ecosystem of Indic knowledge tradition, it didn’t endear itself to Mehta, all because it had been organized by the Rashtriya Swayamsevak Sangh (RSS). So, who would lead the revival of Indic tradition if not RSS? Have you asked the JNU, with all their state funding of taxpayers’ money, why they don’t have an Indian philosophy centre? And what about your own Ashoka University where you were a vice-chancellor until recently, Mr intellectual?

This was the man who viewed Ram Mandir as “dangerous” or “unnecessary”. He viewed it as act of terrorism since it was after a mosque had been razed down. This was the man who called for “street action” after Islamists and Leftists and Liberals weren’t able to get their way past India’s legislature or executive and the judiciary wanted to play by the rulebook. (Some wonder he escaped the Sedition charge!).

The government had followed the rulebook in both Houses of Parliament to make the Triple Talaq bill a reality. It had played by the rulebook in enacting a new profile of Jammu and Kashmir, doing away with the stain of seven decades of “temporary” special status. It also waited patiently, trusting in India’s judiciary and the Constitution, to end the legal wrangle of decades on Ram Janmabhoomi. It also presented its case impeccably to have the Citizenship Amendment Act (CAA) cleared by the Parliament.

Anyone who didn’t agree had the option of knocking the doors of Supreme Court. You surely expect such a conduct from Liberals who profess in centrality of the Constitution and the tenets of democracy. But then these Liberals are wolves in sheep’s clothing.

So, if the temporary status of Jammu and Kashmir is done away with after seven decades, it’s a problem. If a verdict is in favour of Ram Temple, after Hindus of successive generations have exhibited exemplary patience, it’s a problem for the resident of the ivory tower.

So they didn’t agree by the rulebook, just as the Opposition hasn’t done on the Farm Bills. They gave a call for hooliganism, just as Opposition has now done on Farm Bills. All the pretence on swearing by the Constitution, Parliament, Judiciary, Democracy is what it is—a pretence. They deserve nothing but contempt.