While we worry on Ladakh, China has poised itself on a village which could cut off India’s northeast 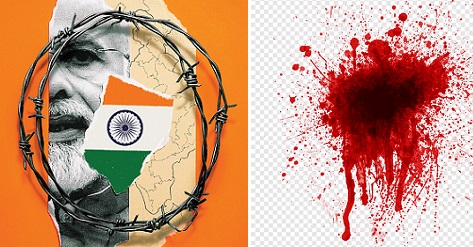 We have a WhatsApp group of old colleagues from The Pioneer where I began my career in journalism 40 years ago.

We usually stick to songs and shayari, avoid ideological positions but once in a while trip on the electrical fence which, just as in life, could be fatal to its existence.

This Sunday morning has been one such moment where a dear colleague Vijay Sharma forwarded a video which asks Hindus to stand up in present times. The video draws reference from MENA (Middle East North Africa) of past. There were some obvious spelling and geographical misalignment in the video which became an excuse for our members to deride it though obviously their ire was at the communal underpinnings in the video.

Hindu-Muslim binary today overwhelms everything. It troubles me. India is facing an existential crisis. If we Indians, more so journalists, rise beyond the Hindu-Muslim selves, and see issues as Indians, we could redeem ourselves.

Let’s look at the latest news which has floated in from our north-eastern region. China has populated an entire village in the Doklam plateau with its own, some 100 families. This village, Pangda, lies within Bhutan. China, like it does with all its neighbours in South China Sea, is laying a historical claim on the land.

Now, here is this trouble for India. The village is at the cross-junction borders of India, Bhutan and China. It’s an easy access to Sikkim which is largely mountainous and has a few of world’s highest peaks, including a part of Kanchenjunga. Now look at the image below, the right side shows the location of the Bhutanese village occupied and the left shows how precariously close it is to Siliguri Corridor.

So what is Siliguri Corridor? Well it is a small stretch of corridor, at its narrowest only 17km wide which connects the mainland India to its north-eastern part. All your Assam, Meghalaya, Manipur, Nagaland, Mizoram,Arunachal Pradesh, Sikkim, Tripura lie beyond this corridor.

It naturally means that India maintains an extensive railway and road network to keep the connection with its northeastern region. It’s also a gateway to the trade we carry with neighbouring nations of Bangladesh, Bhutan, Nepal, Myanmar and even China (again refer to the image). It’s a lifeline to three of our major military bases in the region. Two of our major airports to lift our soldiers and their cargo.

So if Siliguri Corridor goes, India loses its northeastern wing. Including Tawang, that border of Arunachal Pradesh, which China claims its own twice a day. I don’t need to remind the readers that the humiliating defeat in the 1962 war against China was in this region.

So, naturally China occupying a village inside Bhutan, claiming its own, is a Doklam of 2017 revisited. Earlier it was a naked aggression which India had stood up to well. This one is by stealth. From here it’s a small swoop to Sikkim, difficult to defend in best of times. Then is your Siliguri Corridor blocked and out goes Twang, and Arunachal Pradesh, that China has been lusting for decades. And of course rest of northeast India.

Now this is not the only problem we have in the Siliguri Corridor. This place historically was populated by the Gorkhas in the 17th century. They still claim it as its own. Over the years, the agitation for Gorkhaland hasn’t dimmed. They have even managed the concession of having an autonomous Gorkhaland Territorial Administration body functioning.

Now the biggest trouble India has in Siliguri Corridor is the influx of migrants from Bangladesh. Over the last decades, migrants have poured in in millions from across the Bangladesh border. Siliguri is the powder keg which could spell the death of India as we know it.

Now Siliguri is in West Bengal where one of Bharatiya Janata Party’s pitch has been on the migrating Muslims—infiltrators is a less polite term—and how it could demographically alter West Bengal and perhaps cause another Partition and another hacking of India, just as in 1947. And we don’t need to be journalists to know how Assam is simmering under this “Miyan Culture” which threatens to wipe out the Assamese heritage and overwhelm its people.

Now during the anti-CAA stir last year, Sharjeel Imam, one of the faces behind the Shaheen Bagh protest, had called to cut off Chicken’s Neck from the mainland India so that its northeastern region could be hung out to dry. Yes, you guessed it right: Chicken’s Neck is this very Siliguri Corridor.

I am not sure if Sharjeel Imam was to happen today how my dear Pioneer guys and gals would react. Would a Vijay Sharma be seen as a bigot? Would it only be seen as a Hindu-Muslim narrative and not as an existential threat to India? Haven’t we become the same we dislike about others? Is it merely alarmist? Is it merely Hindutva?

I have been a very, very keen history student. Very, very keen. I am also conscious how the land we call our own has suffered for 1300 years at the hands of invaders. Will Durant, the famous American historian, called it the bloodiest story in human history.

I also know when Mohammad Ali Jinnah had raised the pitch for Pakistan in 1940s, how the people in our West, which today is Pakistan, had dismissed it as a mad man’s notion. Like today, the cautioning voices were termed alarmist. And why not, for the Jinnah’s Muslim League had no presence or clout in that region. But we know how it turned out. In just half a dozen years, Jinnah won. India lost its western and eastern arms.

So spot the danger and don’t lull yourself. Don’t whitewash and sweep things under the carpet. Don’t allow Hindu-Muslim binary to blank issues we need to raise and discuss. Geographical or spelling mistakes is missing the wood for the tree. We need to talk as it concerns our future, our children’s future. As mature adults we should be able to look the Hindu-Muslim issue in the eye. Reasoned nuances always win: Not clamping down on any voice which goes beyond songs and shayari.