Who are these blessed people in our Coronavirus world? 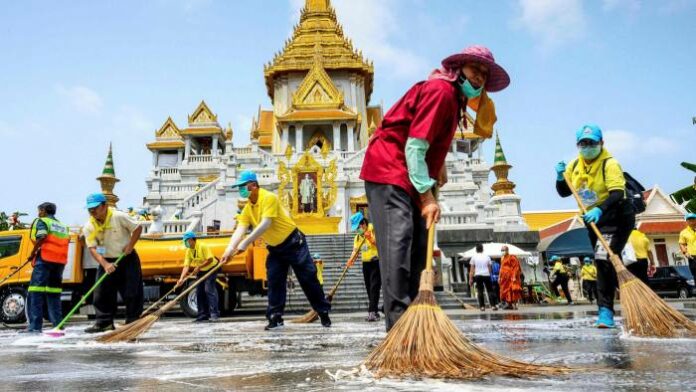 Thailand hasn’t reported a new Coronavirus case for seven weeks now. Nobody has died in the Indo-China countries of Vietnam, Laos and Cambodia to the pandemic which has tormented our world with millions of cases besides 600,000 dead and counting. Are we talking of two different planets here?

This only gets intriguing if you remember that Thailand was the first country outside China to report the first Coronavirus positive patient. That it’s one the most visited place for people from Wuhan, the villain of this tragic outbreak. That Bangkok for five years now is the most visited city of the world, with 22 million visitors last year. That Thailand was the worst-effected country with HIV/AIDS outside East and Southern Africa. In 2018 alone, 18,000 people died to AIDS-related illness. That around half of those infected are young people between 15-24 years.

Big cities and slums are said to be most susceptible to Coronavirus outbreaks. Experts cite New York, London, Mumbai and Delhi as proof, as they do the instance of slums of Brazil which would soon have 100,000 dead from the pandemic. Both Bangkok and Ho Chi Minh account for 20 million living lives. The cities of these countries also abound in slums. We aren’t even counting the visitors. Yet there are no community outbreaks.

Scientists would love to nail down the reason why Coronavirus stands defeated at the doors of these countries. Has it anything to do with the mighty Mekong River, 12th biggest in the world, which passes through all these four countries through its length of 4,350 kms? Another country which is home to Mekong River is Myanmar which too has only six deaths to show thus far. Yunnan, the southwestern Chinese province through which Mekong also flows through, has less than 190 cases. All have recovered.

Mekong River, there is little doubt, is the water-road in this part of the world. It’s a safety net during times of crisis. When lockdowns are enforced and economy begins to pinch, a whole lot of unprivileged people—informal workers, labourers, taxi drivers, little traders—go from their rural habitats to cities and back. In times of crisis, it’s nature’s supermarket: the forests, rivers and wetlands which provide food and sustenance to the teeming poor. Then there are fisheries which ensure nobody sleeps hungry.

All this is okay but it doesn’t explain why Coronavirus has stayed away? Should we offer the silly logic that there might be something in the features and physical make-up of these people who look similar and could pass off as locals? I mean if you spot a Vietnamese in Thailand what chances are that you would know he is a foreigner?

The AFP recently ran a story in which it threw wild darts in the darkness to guess the phenomenon. Could be the Thai habit of greeting others with a Wai, another name for Namaste really, which is social distancing by habit? Should one put it to Thailand’s robust health care system? The outdoor lifestyle of many Thais? Is there a genetic component one is missing here?

Thais have a mask-wearing culture. Heavy vehicular traffic and the resultant air pollution, not to forget the emissions from industries and farmers burning fields for plantations, has made masks a way of life over the years. A study informs that during the pandemic, 95 percent of Thais have been wearing masks in public.

Experts are also wondering if this has to do with the immune system. It’s the part of the world where malaria, dengue, cholera etc break out frequently. Has it imbued these people with some sort of immunity in their genetic make-up?

Is Thailand doing things differently than others? Let’s look at the timeline: China reported its outbreak on December 31, 2019. Three days later, Thai airports were screening the visitors. A day later, an emergency operation centre had been set up by the public health ministry. By January 8, the first suspected Coronavirus case had been identified. Within days, people arriving at airports were monitored and quarantined, if necessary. Eventually all visitors from abroad were quarantined.

There was a moment of disquiet for sure. Transmissions had begun to jump by March in Bangkok. A cluster of infected patients developed around nightclubs and a boxing stadium. On March 21, schools and non-essential businesses had been shut. On March 26, public gatherings were banned. International flights had stopped by April 4. Red-light districts were closed. Sex workers rushed back home. Tourists fled.

But at least 58 people have died in Thailand due to the pandemic. What explains the “miracle” of Indo-China? The incredulous immunity of Vietnam, Cambodia and Laos?

Besides the routine measures—we all know, masks, social-distancing, sanitizing hands etc—Vietnam has adopted a stringent screening procedure. Thus, be it banks, restaurants, airports or even apartment complexes, all need to have themselves screened at virtually every point of interaction, so to say. In Cambodia, thanks to overwhelming medical aid from around the world, the corona-testing kits are cheap and readily available. No less is said to be the reason that most of Cambodia is rural, as is Laos, and the pandemic has been easy on the village folks so far.

It’s this success against the Corona, that all these countries are now open to foreign visitors. They are not back to normal, for they never went off the rails in the first instance. I know you would bring up economic fallout–there are plenty of whiners in India for me to know their type–but that, some other day, some other time.