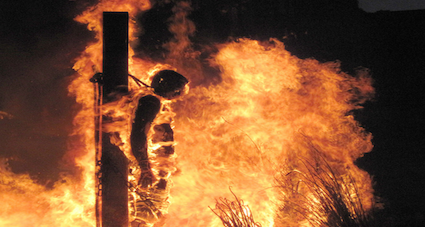 The first time I was exposed to global intolerance was when fellow seafarers from certain religions were not allowed into their own Houses of Religion abroad because of their skin tone and ethnicity. In more parts of the world than just South Africa in the days of apartheid, I may add, which also as seafarers we visited despite our passports declaring that they were not valid for travel there.

That these countries were hugely part of the oil economy as suppliers and consumers, was not lost on us, as we invited our disappointed friends to join us for a langar meal at another Indian origin House of Religion, shared by other India origin religions. That our Caucasian fellow seafarers accompanied us in silent protest against the racial intolerance and discrimination was also a simple fact of life – we had to co-exist on the same ship and I would like to think that as seafarers we knew early on what intolerance on grounds of religion and racial colonialism really meant globally.

The oil economies are now in distress – and that is putting it mildly. Global communications have reached a point where everyone is now aware of who is intolerant. Just ask the Ahmediyyas and Nasranis, in India, for example, on whose sectarian intolerance they face all the time. As for caste-based intolerance which religion in India, barring a few micro-minorities who also have their own silos, does not have a caste problem?

The biggest myth in India, swallowed wholesale by those who do not know, is that caste in India is restricted only to one religion. A closer look at the matrimonial columns, for example, gives away the truth. Yes, caste based intolerance is an issue, but it is not restricted to only one religion.

So what fuels intolerance in India, across religions, after all, money is the great driver, so follow the money is the golden rule. And what comes up is the funding from the Golden Crescent as well as the Golden Triangle. Opium in all its forms is the new grease that keeps the wheels of intolerance turning. And both these sources of funding come from outside India, on our North-Western and North-Eastern land borders, seeking warm-water sea-ports for the physical trade part of the intolerance cycle.

The advent of opium as the biggest economic driver globally also brings into focus the role of the two biggest commercial religious groups in the world. United by the origins of a book and divided by the interpretations of a book. Please note – just one book each is supposed to contain all the wisdom of all the worlds. Till a few centuries ago, one of these books also burnt you at the stake if you suggested that the world was anything but flat. Talk about intolerance, as they went about discovering the new world which did not fall off the flat earth, and pushing their one book that fits all sizes to people who had millions of books.

I am a first generation zero-restart refugee, whose parents made a choice to look for a fresh start – the only real asset they left for me was a pair of open eyes with an open mind behind them. The land they left behind first got rid of all the religions they considered impure. Then they started getting rid of each other. And now they are behind this chorus of morons asking each other in an echo chamber – who or what is fuelling intolerance in India?

The inflow of foreign funds for ostensible charity and policy reasons is what is fuelling the spark of chaos in India. Much of these foreign funds emerge from, what else, the global opium trade and the money laundries that support it. And much like the racial colonials did a few centuries ago, they want a country of slaves to consume and transport the opium, by any and every means.

Creating conditions of chaos and doubt within India is part of this process. The difference now is that we in India are aware of what the racial colonials did in the last few centuries. Their playbooks are now out in the open.

Who is fuelling intolerance in India? Look at the real intolerant countries, those whose oil economies are now kaput, those who did not let my fellow seafarers into their Houses of Religion because they were of a different ethnicity and skin-tone.

It starts from there.