Why Gelatin, Why Ambani and Why Mumbai? Let me help you connect the dots 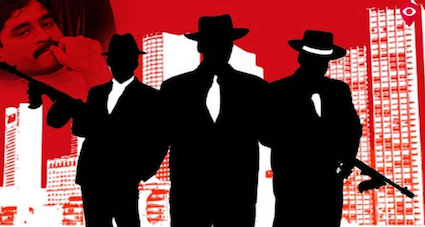 Gelatin dynamite is, by itself, not really dangerous if transported as per the basic and simple precautions involved. Merchant seafarers are amongst the few civilians, other than mining engineers and persons involved in construction or demolition, who learn a few things about handling or transporting explosives often far more dangerous than gelatin dynamite as part of their jobs. Our lives on ships and in port depend on people taking explosives seriously, and as a result, this is what is known as a “failing subject” if you are not up to the mark in carriage of dangerous goods by sea and the loading as well as unloading thereof.

Mumbai, especially, has more than once been subjected to the after effects of huge explosions. Unexploded shells from the Fort Stikine catastrophe were still being discovered till about 10 years ago and legend as well as word of mouth tends to keep memories alive. And fears therein. I wrote about this a few years ago. To my observation, the subliminal fear in locals that Mumbai is sitting on a powder keg waiting to go off is made worse by the simple fact that the port is right in the middle of town. In many parts of the rest of the world, large seaports have moved away from crowded cities, both cargo and naval. Older seaports tend to support cruise ships, currently mostly out of action, and small cargo ships.

So what would be the big benefit to anybody in placing gelatine sticks in a car outside a big tall house built on a rock, strong enough to take on the strongest earthquakes, if the explosive power was geared more towards catching fish or blasting earthworks? In all the reportage doing the rounds, this video from Jaipur Dialogues, helmed, steered and powered by an ex-seafarer who was also an administrator, makes a lot more sense than the shrill theories floating around. Do take time out to listen to it more than see it.

Time for a small anecdote – Many years ago I ran a fully legit tech business in The Land of Encounter Specialists. About twice a year some local enforcer type would land up – with friend – very polite, cup of tea and 4 salty biscuits, and just place a weapon of some sort on the table, while indicating his needs. Like in all business transactions, I would respond with neither a yes or a no, and we would part friends agreeing to meet again soon. By the next day, my protections would have had a chat with his seniors, and we would have a cup of tea again, but at his location, with misal pao. Always made a lot of sense not to show fear and walk into their domain. Fear kills.

To keep face, we would exchange gifts to keep and promises not to keep-but here’s the real thing-the goons would change with time and so would their affiliations, but there would always be an encounter specialist in the picture analysing his business. Quiet men with cold piercing eyes.

Encounters are business and the business is built on the pillars of fear. Hard-case people take precautions and have no fear. The implied threats are for others in the same environs. A car with dynamite is an insinuated threat for the others-the Indian Upper Middle Class in the State of Misal Pao.  Just look at the neighbourhood and imagine the sheer number of real estate deals requiring settlements. How delightful if fear is enough for new inventory to be vacated on own in a rent-seeking metropolis. And now it is even more difficult to send money from real estate abroad – no longer is it possible for somebody abroad to put the heat on someone living in India to vacate and sell.

The larger picture here has to do with how large cities in India are changing and people stuck with huge investments there, especially in real estate, want to liquidate assets as well as impediments rapidly. If India which is now Bharat becomes stronger then some rent-seeker cities shall become weaker, and that is about as simple as it gets.

After the departure of Jet Airways, for example, how many airlines have Mumbai as home base and how important is the seaport anymore? Which large industries are left in or around Mumbai? Even the stock markets have gone online. The only thing remains, well largely, are rent-seeking termites.

Extortion by fear is not aimed at the really big people. It is aimed at the next level, the rent-seeker upper middle class, by the hoods who are moving up in terms of neighbourhoods to terrorise. It is happening all around us, just that most of us are too scared to admit it, or are vulnerable one way or the other. Liquidate the disputed asset – or get liquidated.