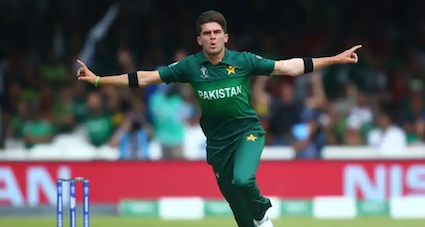 Let’s say it was Kagiso Rabada and not Shaheen Afridi who cleaned up Rohit Sharma and KL Rohit last night. I won’t be writing and you won’t be reading. For none of us remember Matt Henry had picked up the two gentlemen for nothing in a World Cup semi-final two years ago.

So please excuse me this it’s-just-a-cricket-match bit. As a nation, we carry the historical and cricketing trauma of generations from across India’s northwest frontiers. Our parents tell us of the Partition, 26/11 is too recent and even the dumbest know that Ghazni, Ghori and Aurangzeb were no patron-saints. Dammit, we have fought multiple wars and lost lives and lands.

And so we retain in our consciousness how Imran Khan cut Gundappa Viswanath in half in 1982; how Shoaib Akhtar butchered Rahul Dravid and Sachin Tendulkar, our cricketing deities, in 1999 and in between Aaquib Javed struck a hat-trick in Sharjah. Mohammad Amir in CT final was only three years ago. Etc, etc.

So, not just a cricket match. For it’s not normal if you play so little against each other. We meet each other only in battlefields, name it war or a cricket pitch. There is a tale to carry to your countrymen, a nation’s burden which seethes on Partition as they might on Bangladesh. Every little memory  adds it own dab of colour on the canvas, a trauma in mind’s recesses, never erased, never forgotten. It’s a dagger in heart and the loss is collective.

Nearly always this trauma has a name. The bloodier the villain, bigger the wound. Somebody moving at someone still, like fast bowlers do to batsmen at crease, tells of who is the rabbit in this duel. You fear the worst and when there is such a mausoleum of memory, it’s just not a game, sir.

All this while we had been gloating on our fast men. Jasprit Bumrah and Mohammad Shami had the world at their feet. But this world was without Pakistan. Last night we were told who still are the boss. It’s only one name whom we call Imran, Wasim, Waqar, Shoaib, Amir or Shaheen across different generations. But the message is always brutal. And all over again we are the audience in shivers.

Our intrepid reporters make long-distance calls to these perpetrators and their coaches. And they emit wisdom which makes us feel all the more dumb, some tiny-tots grabbing alphabets again. My friend Sriram Veera has spoken to Shaheen’s coach who tells of not just supple wrists but elastic shoulders too which could let a delivery leap at Kohli while you are looking at induckers and yorkers. Shaheen had just one over left in the bag. And he made sure you’d still be wondering about something new if we meet again.

Those out of the system are always the Huns who are waiting for Romans to be at their indulgent, corpulent and orgiastic worst. You may keep us out of IPLs, shun our backyards but when we meet, we have nothing to lose. And a paradise to gain.

Worse, they shattered the one view we had begun to hold on ourselves: Pros. Virat Kohli’s men are a ruthless bunch across continents, busting nations who once held the world in their palms. We still felt 150 was enough. But then they hit fours and sixes and ran between stumps as if we weren’t the jaguars in field we thought we were. They played with the minds of Varun and Jadeja, coaxing them to bowl those lengths by offering initial respect only to be treated with disdain later on.

India sure would get over it. Perhaps go on to win this world cup too. Might do it at the expense of Pakistan as well. But as a nation, the memory down the years would be something else. It houses the maimed, blind, lame, leprous, deaf and mute of us. By the creatures for whom home is a leaf and life is a day. We the decomposed meanwhile await the resurrection which might never come in our lifetimes.