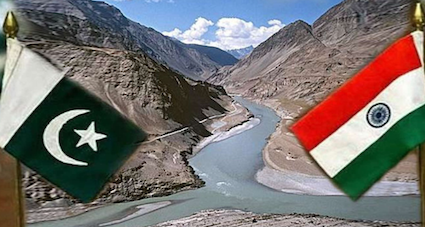 In hindsight now, 50 years later, two events stand out of the 1971 India-Pakistan war. The first is the one unforgettable picture of surrender of Lt Gen AKA Niazi before Lt Gen J S Aurora on December 16, 1971, at Dhaka. The second is the image, rather images, of Pakistan leader Zulfikar Ali Bhutto and Indian Prime Minister Indira Gandhi at Simla in July 1972 after signing the Simla Agreement.

Around this time of the year, euphoria seems to take over a significant section of Indian population. Call it patriotic fervour, surge of nationalistic feelings, or something else, lots of functions get organised across the length and breadth of the country. It is not unusual to hear freshly baked speakers talk, often in conceited language, about our brave armed forces vanquishing the enemy (read Pakistan).

All that is well, and required too, but the discourse about the creation of Bangladesh usually remains very shallow. More often than not shallow to the point of being disappointing, and we need to perhaps address that now. How? It is important to have an official history of that war written now, duly vetted by the Defence Ministry. For sure, 50 years after the cataclysmic events, our scholars and veterans can create an official version.

India and Pakistan went to war over Jammu and Kashmir in 1947-48 and an official account of this war exists, brought out by the Defence Ministry. We went to war with Pakistan again in 1965 as it tried to snatch away J&K again. Some popular historical official account of this war is not available. For the third time, India and Pakistan were facing one another in a war in 1971. In 1947-48, and in 1965 wars, East Pakistan hardly had any role.

By the end of 1971 war, which was waged from December 3 to 16, all of 13 days, East Pakistan became Bangladesh. Pakistan was then divided into two countries, losing its east wing. Unfortunately, an officially sanctioned account of the battles does not exist. There are books, many, about the 1971 war, but a single volume, or two, of official accounts doesn’t exist. May be one volume can talk of the war in East Pakistan and the second volume can talk of war with West Pakistan.

Let us not befool ourselves into thinking of good relations with Pakistan any time soon. So? An enhanced understanding about what led to 1971 war, the genesis, the battles and the end result is needed. Among more of our people. We are seeing a comparatively calmer phase in our relationship with Pakistan. This is something born out of events that marked February 2019. For a long time, we may continue to have same edge of the seat ties with Pakistan.

We also need to look back at the end result of 1971 war and the benefits for India that accrued. If truth be told, we in India faced more problems after Bangladesh had been created. After losing all direct wars that it fought with India, Pakistan now has its focus firmly on waging a proxy war. This is a permanent state of our being for the last few decades.

Be it propping up Khalistanis in Punjab, or fomenting so-called jehad in Jammu and Kashmir, Pakistan had a hand in both. Incidentally, Punjab and J&K are perennial objects of desire for Pakistan and that is not going to change. The reason is water that flows in Sutlej, Beas, Ravi, Chenab, Jhelum and the Indus. These two states make India Upper Riparian vis a vis Pakistan and its hydrophobia is phenomenal.

For all times to come, it seems, Pakistan will continue making efforts to separate these states from India. So that it can then merge them into itself! It has never made any secret of its covetous behaviour towards Jammu and Kashmir. It has built a narrative which talks about the Muslims being persecuted in J&K, and all that. However, people are not its concern, the prime motive being wresting control of rivers that flow through it.

In 1990, Pervez Musharraf wrote a thesis at Royal Military Academy in London as a Brigadier. In the thesis, he said that the prime reason for wars between India and Pakistan was water. It will be in future too. Unfortunately, this document is not available in public domain still. Musharraf has referred to it in some of his speeches though in bits and pieces.

We today have Bangladesh on our east, which is veering towards China, our biggest enemy. Frankly, whatever may have been our contribution to its creation, Bangladesh can go the adversary’s camp any day. As a nation, we have China ranged against us on much or our eastern and northern borders. Of course, Pakistan is there, as it always was, a permanent hostile on our west. Many politicians in Bangladesh are now talking of the possibility of Dhaka joining Belt and Road Initiative (BRI) of China.

On Wednesday, there was an interesting development as a senior Pakistani professor from Karachi invited Bangladesh Prime Minister Sheikh Hasina to visit Pakistan. Not only that, he said she should address its parliament. It is not clear whether this has the official backing of the Pakistani government. However, it is most unlikely that such an offer could have been made as an off the cuff remark, without clearance from the highest level, at least unofficially.

At a seminar, some other Pakistanis spoke that Bangladesh needed to curb its tendency to exaggerate the events of 1971. It is common knowledge that Pakistan had committed atrocities and rapes on Bengali women. However, those talking of “exaggerations by Bangladesh’’ did not give any figures of their own which were correct, according to them, and closer to reality. For a beginning, the Pakistan government can release official orders that were issued for Operation Searchlight that started in March 1971 in what was then East Pakistan.

Late Chief of Defence Staff (CDS) General Bipin Rawat had talked about the possibility of a scenario where we may have to fight a two-front war. He was alluding to waging a war with Pakistan on one side, and China on another. That looks like a distinct possibility now and we need to prepare for that eventuality.

Summing up the 1971 war, Christine Fair, Professor of Security Studies at Georgetown University, says: India successfully snatched defeat from the jaws of victory when Prime Minister Indira Gandhi signed the July 1972 Simla Agreement with Zulfiqar Ali Bhutto. This agreement formally concluded the war. Despite being the clear victor, India bizarrely acquiesced to most of Pakistan’s demands.

Incidentally, these comments were published as part of a long article in The Print, a couple of days ago. Christine is one of the most respected scholars on Af-Pak region. She devoted considerable part of her life to studying Pakistan closely. One of her most seminal books is “Fighting To The End: The Pakistan Army’s Way of War’’. Her articles and books on South Asia, including India, Pakistan, Afghanistan, Bangladesh and Sri Lanka are widely read for the insights they offer. Many of her speeches are freely available on YouTube. She maintains a website christinefair.net.