Why Rs24,000 withdrawal limit must stay 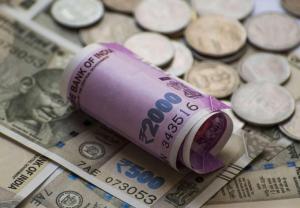 It’s a fervent hope that the cap on Rs 24,000 withdrawal a week on individual bank account stays till mid-2017. If the limit is lifted, all those bank accounts bulging with submission of black money will be emptied in no time. The pre-demonetization black money will return albeit in the form of new 500 and 2000currency!!!

Sure, a time will come when the limit on withdrawal would have to go. After all, government can’t deny people their own money forever. It would be a disincentive against earning and spending more. In a way, it would encourage people to hoard cash which in turn would result in bad books of Reserve Bank of India (RBI) by way of “missing” currency.

However, as of now, this limit stipulation must stay. And that’s because the issue in question is the “existing” black money. Not the “future” black money. The priority is to cleanse the existing clogged drain. As for black money in future, new mechanisms could be put in place. For example, allowing the automatic deduction by banks on any withdrawn amount. We could be wiser for future. As of now, the existing stink must go.

We all are aware how opposition political parties, mainstream media and academia have raised heavens on the “pains of demonetization inflicted on the poor.” Images are manipulated, like-minded “experts” are invited on TV debate shows, Stories of people dying in queues have multiplied without any basis. Farmers’ plight, trucks off road, no fresh sowing are kind of news which have been planted without basis. The food prices have actually gone down, the trucks are doing just fine and no mandi is closed. These propagandist mouthpieces whose only interest is to hurt the nation so as to benefit themselves, haven’t bothered to inform as to why there are no riots and no violence, leave alone any mass disquiet in the country in the wake of demonetization. Or why despite the unpopular move BJP seems to be winning every civic election in sight.

Such forces desperately want the limit on Rs24,000 withdrawal to go. The idea is for the cash to be available for political parties to benefit and influence voters like they used to do in the past. The unearthed money of Mayawati and the “chit-funded”Mamata’s goons are just a tip of the iceberg. The rantings of Rahul Gandhi or the “fixed pari-war” of Yadavs are an offshoots of this existential dilemma. They claim to speak for the poor of the country when all they have done in their various tenures in offices is to keep them poor and deprived. All they rely on is people’s short memory. And the “minority fear” which a Hindu-majority Bharatiya Janata Party (BJP) apparently evokes.

The arguments in defence of cash limit withdrawal are weak. If only 24 lakhs tax-payers in the country show an income of Rs10 lakhs or more in a year, the average comes to less than Rs 1 lakh a month which the cash-withdrawal-limit of Rs24,000  a week fulfills adequately. That the statistics of only 24 lakh tax payers with income of over Rs 10 lakhs per year is a cruel joke is lost on all opponents of demonetization.

So the cash withdrawal limit of Rs 24,000 per week must stay. At least till the bulging accounts are thoroughly scrutinized by the investigating agencies. The war has just begun. Those entrenched vested interests bent upon weakening the fibre of this country won’t go away in a hurry. They are amidst us in the form of political parties, media and academia working as proxy for their masters. Find them, recognize them, and neutralize them. That’s the mantra for all those who want a Strong India.