Would Biden stand up for Taiwan against China like Donald Trump has done? 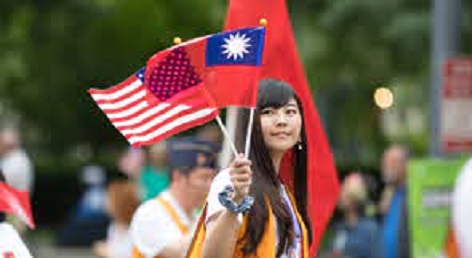 When Joe Biden steps into the White House, be allies or foes, everyone would be expecting a dramatic reversal in the approach of the United States, including on issues such as trade and climate change.

But it might be business as usual when it comes to China—and Taiwan.

Beijing considers Taiwan a part of China and has vowed to bring it back to the fold, by force if required.  U.S. administrations have always acted cautiously while maintaining the relations with Taiwan, keeping their means to defend themselves ready, without encouraging any formal independence or crossing “Beijing’s red lines”.

But Donald Trump broke the mould as one of the first things he did after winning the 2016 elections was to take a phone call from the Taiwnese president Tsi Ing-wen, departing from a diplomatic practice of decades. China was enraged with the phone call but Trump rubbed it in further by increasing the US arms sales and asking its officials to visit Taipei more often.

Taiwan has been a fraught issue between Washington and Beijing for seven decades, and it is re-emerging as a potential focal point of tensions.

Trump’s warm relations with Taiwan have fed the bigger issue- it has set the United States on a long-term course of competition and confrontation with China and Joe Biden will find it difficult to change the course.

As the world continues to witness China’s aggressive behaviour, Biden would face pressure from Democrats and Republicans to strengthen ties with Taiwan

But the bigger change will be Biden’s tone. Trump has focused on provoking Beijing—using Taiwan as an instrument of pushback against China and his approach, according to Bonnie S. Glaser, senior adviser for Asia at the Center for Strategic and International Studies in Washington, would be less confrontational than Trump

“I don’t think Biden is looking to use Taiwan to poke Xi Jinping in the eye and make him look weak,” Glaser added. “There won’t be a deliberate effort to make Taiwan a point of friction.”

The Trump administration in their last weeks also took enough actions to strengthen US relations with Taiwan. His efforts were directly aimed towards highlighting a thriving democracy in Asia and countering China’s attempts to weaken the global diplomatic issues of Taiwan.

Trump and his administration for their tough stance for the Chinese Communist Party has garnered them a lot of appreciation and praise from Taiwan.

Taiwan’s southern lawmaker, Tsai Yi-yu, has frequently shown his support to Trump stating that Trump’s action has been very solid and maintaining Trump’s policies would be beneficial for Taiwan.

However, Taiwan’s several legislators have expressed that Joe Biden has been softer on China. He is seen in Taiwan as more risk-averse. Taiwan has been critical of Biden for his times as Vice President under President Barack Obama for helping China into international groups like World Trade Organization, which gave the country an edge as it sought to exert influence in the global system.

As evidence of Mr. Biden’s commitment to Taiwan, his advisers have cited his support as a senator for the Taiwan Relations Act of 1979, which obligates Washington to provide weapons to Taiwan.

“He will continue to support a peaceful resolution of cross-strait issues consistent with the wishes and best interests of the people of Taiwan,” an official with Mr. Biden’s transition team said in a statement. “He has long said that American support for Taiwan must remain strong, principled, and bipartisan.”

Beijing chafes at anything that smacks of increased international recognition of Taiwan. The government of China’s leader Xi Jinping has been blocking Taiwan from participating in international bodies, including the World Health Organization, and poaching its diplomatic allies.

Chinese officials often accuse the United States of encouraging Taiwan to seek full independence, a move that Mr. Xi has repeatedly warned could be met by armed force

Recent statements from the secretary of state Mike Pompeo in an interview has even escalated the tiff between the US and China His remarks drew a furious response from Chinese officials, who said Taiwan was an inalienable part of China and denouncing Pompeo, vowed to retaliate.

Trump’s national security adviser, Robert O’Brien, has recently said that the United States would continue to support Taiwan and would not cede its status as a pacific power to China.

Taiwan President Tsai lifted a long-standing ban on American pork and beef imports in August, a decision seen as an attempt to open the door to formal trade talks.

The Trump administration has been effective in signalling to Beijing that Washington is willing to defend Taiwan if necessary but the question is can we expect the same from the new US president?