11th of August, this day, when Jinnah promised but Pakistan has never delivered 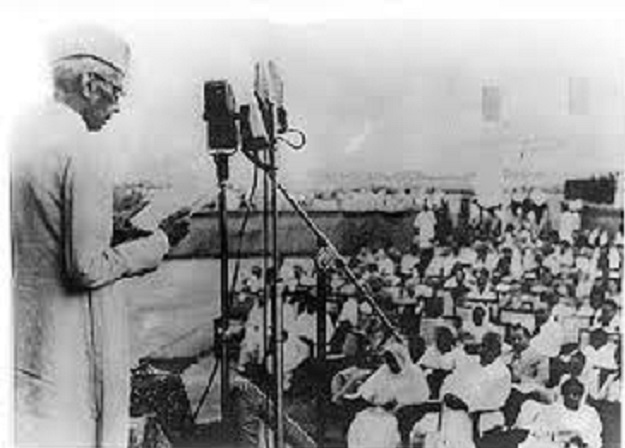 The date today—11th of August—is important if nothing else than for the fact on this day in 1947, just three days before Pakistan received its formal independence, Mohammad Ali Jinnah, the Qaid-e-Azam of the new nation—delivered a speech in the Pakistan constituent assembly which in practice today is a complete flip of what Jinnah had promised.

So let’s first hear what Jinnah had then said which of course is never mentioned by a typical Pakistani politician as soon as Jinnah took leave from this world, which was a little over a year after he said those rousing words. Jinnah died on September 11, 1948.

“You are free; you are free to go to your temples, you are free to go to your mosques or any other place of worship in this state of Pakistan. You may belong to any religion, caste or creed – that has nothing to do with the business of the state”. He continued, “you will find that in course of time Hindus would cease to be Hindus and Muslims would cease to be Muslims, not in the religious sense, because that is the personal faith of each individual, but in the political sense as citizens of the State” and added, “we should begin to work in that spirit and in course of time all these angularities of the majority and minority communities, the Hindu community and the Muslim community, because even as regards Muslims you have Pathans, Punjabis, Shias, Sunnis and so on, and among the Hindus you have Brahmins, Vashnavas, Khatris, also Bengalis, Madrasis and so on, will vanish”.

Sounds splendid isn’t it. A man who tore up India in the name of religion—on the premise that Hindus would make life miserable for Muslim minority—was professing an ideal which is an epitome of morality and public policy. But really transpired after Jinnah took his leave from this world?

The fleeing of Jogendra Nath Mandal should have held a light on what was to follow. Mandal, a Hindu, was the one who had presided over the Pakistan constituent assembly on August 11, 1947. He fled from the country a few years down the line, as did tens of thousands of Hindus, Sikhs and Christians and those who stayed back are either facing their women-folk being abducted, raped and converted or when hope arises from across the border on migration to India, they hear that Muslims of India, in complete sync with those across the border, are fighting tooth and nail the implementation of the Citizenship Amendment Act (CAA).

Let’s look at Muslims themselves. Ahmadiyyas were the first to face the official brunt. In a violent anti-Ahmadiyya movement in 1953, the foreign minister, an Ahmadiyya, Chaudhary Zafarullah Khan was removed from the post. What followed was the removal of all Ahmadiyyas from crucial government official posts. In 1974, the sect was declared non-Muslim by Bhutto government. Imagine what happens when it becomes an official apartheid in an Islamic republic! The Ahmadiyaas have been denied franchise rights since 1984-85.

Then is the sorry fate of Shias. A slow-motion genocide of Shias has never stopped since the inception of Pakistan. The everyday bombing, be it in mosques or public places, is everyday news. The biggest irony is that Qaid-e-Azam was himself a Shia Muslim.

So this is Pakistan of whom there are many sympathizers across the spectrum of society in India. Little did these sympathizers realize that if they were to migrate to Pakistan, they could meet the same terrible fate and be either judged an inferior Muslim, a minority or a Mohajir at the least.

Jinnah is long gone. The man who knew his end was coming near, wanted his place in history. He did find one, rarely an individual on his whim alone, create a nation. But that’s what Jinnah did, accomplishing a personal goal but in the process putting lives and futures of millions of humanity at peril. That threat is a ticking timebomb, two nations, at least Pakistan, unwilling to reconcile itself to the existence of the other.