200 runs in rest of IPL? A long shot now that pitches have wearied 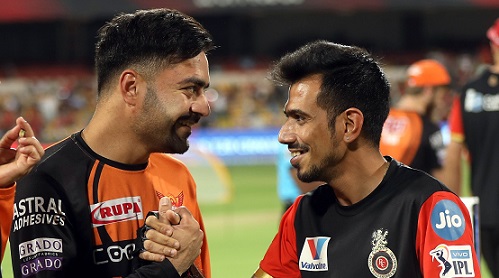 The death overs are where batsmen go for broke and bowlers try their level best to limit the carnage. The Indian Premier League 2020 has seen a very different scenario unfold when the first half of the cricket tournament was more batsmen oriented but as the competition moves into the second phase, its the bowlers that are calling the shots.

Of the grounds in use in the United Arab Emirates, Sharjah is the smallest and witnessed as many as 62 sixes being smashed in the first two games it hosted. But thereafter things seemed to have quietened down so much that teams are looking at hitting more fours than sixes given the danger involved in the latter effort.

Abu Dhabi has its own story since the square boundaries are humungous making it tough for all – fielders need to cover more ground while batsmen must look to run two’s and three’s rather than go for broke and try smashing boundaries.

Fitness is being tested all round!

Dubai is a similar tale though the ground offers its own set of challenges. The most pronounced is the position of the flood-lights, making the television commentators to refer to the venue as a ring of fire. The large ground is as challenging as neighbouring Abu Dhabi but perhaps a little less intimidating for both fielding and batting sides.

One thing, however, is pretty noticeable in the 13th edition of IPL – chasing is not easy at any of the three venues making the coin toss vital. The pitches, which showed a greenish tinge at the start, have now turned a dull brown and the ball seems to grip the surface making stroke-play rather difficult.

To break the shackles in such a scenario, both bowlers and batsmen need to be aware of the “handicaps” and play well within their limitations. Chasing down targets has been tough, to say the least, unless there is a superlative performance by one or more of the players.

Hence the new ball and first six overs of power-play, with its inherent fielding restrictions, become absolutely vital for all teams as they jostle for positions in the points table in the second phase of the league. With matches coming thick and fast, teams have little time to recover and reload as the competition for the top four slots hots up in the desert sands.

The hard, shiny ball seems to come off the pitch better and enables batsmen to go ahead with their strokes. But as the game wears on, so does the pitch and it has been more than evident that quality spinners can clamp the brakes on run-scoring.

Since the scenario appears pretty much similar in either innings, and very little visible effect of the dew that settles in the latter half of the games, teams batting first are able to defend scores around 165 with some smart bowling.

Franchises may now need to redraw plans and go on attack from the very start since run-making gets tougher with an older ball. Scores close to 200 may now be the exception with ground conditions settling down and players becoming aware of the idiosyncrasies of each venue.

If the bowlers found the going tough at the start, batmen will have to hitherto carry the burden since conditions have changed within a month!