A man in perpetual shadow, Suresh Raina was no mean cricketer himself 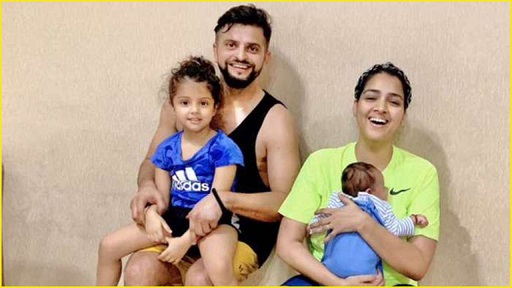 A left-handed middle order batsman, a useful right arm off-spinner and a sharp cover fielder … That just about sums up Suresh Raina who chose, without any fanfare, to bring the curtains down on an international cricket career that was launched in 2005.

Raina’s last appearance for Team India was in July 2018 away in England, a clear indication that selectors were no longer keeping him on the radar.

There was something unique about the man born virtually in the shadow of the national capital, Muradnagar in Uttar Pradesh, that despite an international century in each of the three formats of the game Raina spent most of his time fighting to emerge from the shadows!

Making 226 appearances in the 50-over one-day internationals is by no means a small achievement in itself. Add to that 18 Test matches and 78 T20 internationals and the utility man of Indian cricket emerges as a team person all the way.

Panned by critics for a perceived weakness against the short ball, Raina never really could erase it altogether despite facing up to some of the quickest in the business. Perhaps his humility did not allow the stylish middle order batsman to come out and answer his critics with an “in your face” attitude. And how well could he hit the cricket ball is brought to the fore by his stellar knocks time and again, pulling Team India out of a hole with great regularity.

The same simplicity that marked his international career seems to have served him well in the Indian Premier League where he has been with his Chennai franchise since 2008.

First player to score more than five thousand runs and also the first Indian to hit more than a hundred sixes in the IPL along with almost a hundred catches underlines the value an unsung Raina brings to his franchise.

Little wonder Chennai fans have named him “Chinna Thala”, of course “Thala” being reserved for the one and only Mahendra Singh Dhoni. Both will continue to don the yellow Chennai uniform and hopefully delight their fans with more fireworks, with the worry and weight of an international recall off their back.

And should it be a surprise that the same Dhoni once again overshadowed the retirement of Suresh Raina by preceding him a few hours!

Unsung hero, may be but Raina is anything but a forgotten one!