As Hamilton nears glory, there’s lot to commend F1 in the Corona summer of 2020 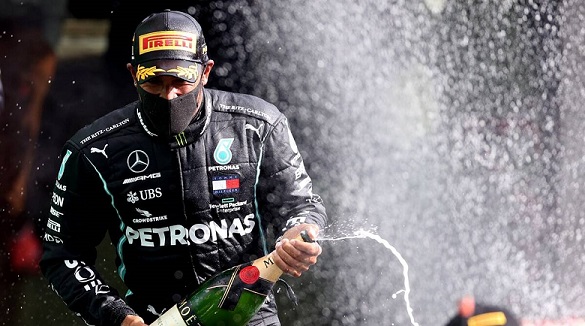 British driver Lewis Hamilton has jumped to a 47-point lead in the Formula One drivers’ world championship after the Belgian grand prix, the 10th of the revamped 17-race calendar for 2020. Hamilton’s Mercedes co-driver Valtteri Bottas of Finland lies third in the standings, a mere three points behind Red Bull’s Max Verstappen, who is at second place with 110 points so far for the season.

Formula One got their Covid19 hit season underway in the first week of July with a double header in Austria and moving on to Hungary and then Great Britain before returning to the European continent. Six of the remaining nine races traverse through Italy, Russia, Germany, Portugal and Turkey with the three-race finale in west Asia.

The way F1 has gone about its business, without spectators in attendance, is indeed an eye-opener for the rest of the sports world. Rescheduling races and restricting a vast majority of the action to Europe seems to have worked. The Americas and Australia were the obvious casualties of the revamped race calendar but it showed the F1 management’s resolve to take tough decisions.

Each F1 team comprises a fairly large group of people required for running a successful race. That it has been able to go through half the season without any mishap, both on the track and off it, is a lesson in these pandemic times.

Football in Europe too successfully completed its interrupted season but there was not much international travel involved with even UEFA’s Champions League and Europa Cup competitions being played in a single country.

International cricket continues in England at select venues but the Indian Premier League still appears to be struggling to get its show on the road despite elaborate precautions for the event in the United Arab Emirates.

Even the US sports like basketball and baseball have been anything but comfortable with interruptions for various reasons including a spate of Covid19 infections among participating teams.

No such trouble for F1 as they have vroomed through and look like racing ahead with the remainder of season, which is scheduled to end in Abu Dhabi on December 16 after a Bahrain double-header.

Obviously the F1 management and teams are doing something right to avoid any Covid19-related pauses or otherwise.

Of course, empty stands have been a novel experience for all sporting contests world-wide post the global pandemic since March. And none barring F1 has managed to go ahead with the action without incident.

After the Belgian win, Hamilton remains only two short of F1 legend Michael Schumacher’s world record 91 victories, even as his Mercedes team look set to wrap up the 2020 constructors’ championship rather early leading second placed Red Bull by a whopping 106 points. McLaren Renault languish third a full 196 points behind the leaders.

About time the sporting world took a leaf or two out of the F1 management book in order to skirt the pitfalls that the global pandemic has caused.