Asylum refused as “Christianity not a religion of peace” 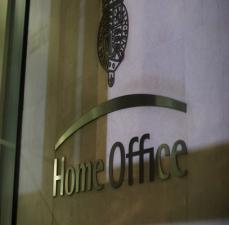 An Iranian, who had converted to Christianity from Islam, was refused asylum by the British immigration department which cited Bible verses to show that “Christianity is not a peaceful religion.”

Asylum case worker Nathan Stevens released a letter, received by the Iranian asylum seeker, whose identity is being kept secret, who had applied for British asylum in 2016.

In the letter rejecting asylum, the Immigration Office pulled several verses from Exodus, Leviticus and Book of Revelation showing Christianity is not a peaceful religion.

The Home Office quoted verses from the Bible, such as “You will pursue your enemies, and they will fall by the sword before you,” from Leviticus as an evidence against the asylum-seeker’s claim about the Christianity. The letter further claimed that “these examples are inconsistence with your claim that you converted to Christianity after discovering that it is a ‘peaceful’ religion as opposed to Islam which contains violence, rage and revenge.”

In order to lay claim to asylum in UK, one must have a “well founded fear’ of persecution on account of ethnicity, religion, political opinion, membership in a particular social group. Apostasy is a capital offence in Iran and those who convert from Islam are subject to death penalty.