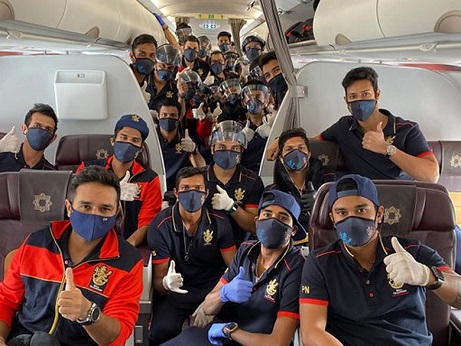 Sports is all about contests and rivalries but the current global pandemic due to the Covid19 virus infection seems to have put the entire eco-system to severe test.

Withdrawals by Asian and African teams forced the Badminton World Federation to call off the Thomas and Uber cup tournaments scheduled to be played in Denmark from October 3 to 11. Though the Denmark Open will go ahead from October 13 to 18 at Odense, the Masters to follow has been shelved as well.

That the team competitions, so enthusiastically announced to herald the return of competitive badminton, have been cancelled for 2020 altogether is both sad and comforting. There is definitely not going to be any cavalier attitude in getting things going back on court. Especially since badminton is an indoor sport, not able to survive without air-conditioning.

Out in the New York sunshine, the US Open tennis tournament went ahead without several top stars and the rescheduled French Open may not see a full complement of top players either since the organisers, so far, plan to allow spectators into Roland Garros.

The first tennis event with populated stands may prove to be a test case for all sports.

England may have kept cricket from falling apart even though it has been anything but easy. Players falling foul of the bio-secure procedures were not uncommon, and teams sometimes had to do without leading performers for the sake of safety all round.

In such a scenario, the Indian Premier League could provide the balm for stressed nerves if all goes well with the tournament in the United Arab Emirates. Even though there have been significant player withdrawals for various reasons, IPL continues to march ahead to keep its date with the September 19 start.

No such good fortune for the Lanka Premier League (LPL) which has revised its schedule to a November 14 start, less than a week after the IPL is done and dusted, provided all goes to plan. LPL has found few takers right from its failed 2011 launch. The repackaged version of the Sri Lanka Premier League has reduced participation to five teams instead of the original seven. Yet there is a struggle to find willing owners, only one team of the five having seen success so far.

Football in Europe continues with its share of hiccups. London giants Chelsea had a double- figure players’ list in quarantine as did several other clubs as the new season kicked-off with empty stands but no lack to drama.

Ditto for France where Ligue 1 action got underway with a flurry of cards.

Other European domestic football leagues are yet to get into action and perhaps French Open tennis could prove an acid test if seats can indeed be filled even if it is only a fraction of the capacity.

Contact sports like wrestling, boxing, etc. have next to no chance of seeing any real action this calendar year.

Motorsports remains on track with a carefully calibrated schedule that keeps a majority of events in Europe itself, thus avoiding inter-continental travel until the final weeks.