Betting approach in IPL: Weren’t we told it was a ‘bubble’ and beyond outside world? 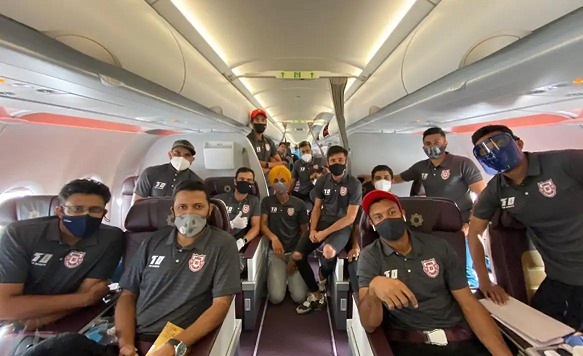 The desert sands of the United Arab Emirates are pretty known for courting cricket controversies. Not for nothing was international cricket banned in Sharjah, along with, of course, Toronto and Singapore, till Pakistan and Afghanistan decided to shift home base.

Now the Indian Premier League 2020 has added more colour and glamour to the otherwise rather desolate venues in Dubai and Abu Dhabi apart from Sharjah, which has been peppered with lofty hits all over without respite.

But the report by a player of “corrupt approach” is bound to put the anti-corruption unit of the Board of Control for Cricket in India in a tizzy.

All those involved with the IPL 2020 – players, officials, broadcast crew – are “imprisoned” in a bio-secure bubble. How secure is that bubble may be put to test now since outsiders have been able to breach the barriers and establish communications with playing members of the grand league.

It was bound to happen, given the number of “betting” sites that are among the promoters / sponsors of the event. Hardly any surprise that television broadcast is plastered end-to-end with offers of big prizes for correct selection of players for the day.

Really sad that while players are sweating it out in the oppressive desert heat, young and old included struggling to give their best, betting should cast its ominous shadow over the event. Inevitably, all performances will be put back under the microscope and re-evaluated, which in itself takes the sheen off the IPL.

Not that the BCCI was unaware of the dangers lurking in the desert sands of UAE, given the past experiences, but there seemed to be little option but to go ahead with the event hoping the bio-secure bubbles will keep everything at bay.

Unfortunately for BCCI and world cricket, that does not seem to have worked. And now it will be huge question mark over everything related to IPL 2020.

Young talent thrives on the opportunity that the league provides but if there is loss of credibility, as is bound to happen if secure bubbles are breached, what hope for the future? BCCI needs to seal the fortress before the leaks bring it all crumbling down!