Blast from the past: “Congress projected Bhagat Singh as a terrorist” 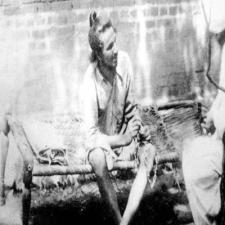 Congress seems to have an egg on its face on multiple counts as it made a shoddy attempt to commemorate the martyrdom of Shaheed Bhagat Singh, Shaheed Rajguru and Shaeed Sukhdev on their 88th death anniversary on Saturday.

It made an early move in the morning when it tweeted in remembrance to the day but twitteratis were quick to point out that the day of martyrdom mentioned at the bottom of the image was March 24, 1931 – a full day before the actual event.

Though Congress quickly deleted the tweet from its official handle, the damage was done. Twitterati called out the Congress Party for not knowing the history of India’s freedom fighters and being disrespectful to their memory.

Congress party was then left shame-faced when diligent observers pointed out an interview of Bhagat Singh’s nephew Abhay Singh Sandhu in Mumbai’s Mid-Day newspaper a decade ago where the latter had lambasted the Congress in ignoring possibly India’s most famous martyr.

Abhay Singh Sandhu, son of Bhagat Singh’s younger brother Kulbir, had claimed in the newspaper that “Bhagat Singh was always projected as a terrorist who hurled bombs and fired bullets…I feel this is a conspiracy of the Congress to give mileage to the Nehru-Gandhi family and marginalize the freedom fighters like Bhagat Singh and Subhash Chandra Bose as they were against the ideology of Congress.”

Abhay Singh had added that Congress in lately recognizing Bhagat Singh was only going with the popular sentiment.

The archival item of the newspaper also had a comment of Mukhatar Abbas Naqvi, presently Union Minister of Minority Affairs, agreeing with “the family of Bhagat Singh.”

“The Congress Party with a malafide intention has deliberately done a heinous crime by marginalizing leaders like Bhagat Singh and Ashafqulla Khan. They have misued the government machinery for the publicity of the Nehru-Gandhi family.”

As we remember our great heroes of freedom struggle on this remembrance day, a few events on the fateful day of 23rd March 1931 remain unanswered. Originally, the time finalized to hang them was on 24th March morning.  It was advanced by 11 hours and they were then hanged a night before at Lahore jail.