Catches dropped under lights in IPL: What’s there in the Desert dusk? 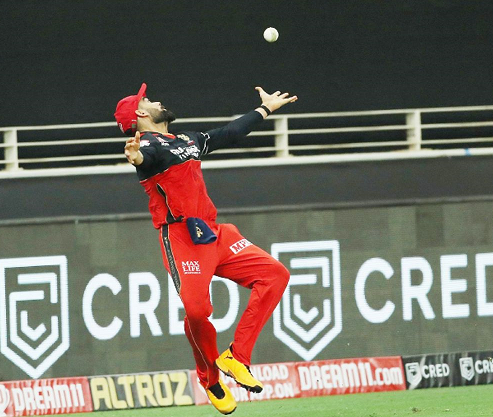 With just half a dozen games gone in the 13th edition of the Indian Premier League, a strange trend is beginning to emerge – leg spinners have been particularly successful as has been the ground and weather conditions prevailing in the United Arab Emirates.

Yuzvendra Chahal is a known exponent and his penetrative bowling for Bengaluru comes despite the presence of pace stalwarts Dale Steyn of South Africa and home-grown Umesh Yadav.

Chahal’s Team India partner in the spin department, Chinaman bowler Kuldeep Yadav, turning out for Kolkata, hasn’t really set the gulf waters on fire just yet but Punjab seem to be riding high on the young shoulders of Ravi Bishnoi and Murugan Ashwin.

Both Bishnoi and M Ashwin seem to revel under the tutelage of spin legend Anil Kumble, now donning the head coach’s hat for the Punjab franchise.

No surprise then that Bishnoi shares the top spot along with Chahal and five pacemen at four wickets apiece and Ashwin is in joint second place with three victims to his name.

Says something about the guile and accuracy of the exponents of the tough art of wrist spin!

Conditions in the UAE venues of Abu Dhabi, Dubai and Sharjah has been pretty much akin to what weather in the northern part of India feels like towards the final days of September. A hint of dew has already begun to make its appearance towards the death overs of the first innings but it has hardly helped the cause of the teams chasing the target.

Of the six games in IPL 2020 so far, barring the Chennai win in the inaugural game, its the teams setting the target that have emerged victorious. Even though Punjab came mighty close in their lung-opener against neighbours Delhi, it appears to be a tough choice for captains winning the toss.

Bowlers hate the wet ball, especially the white variety which anyway seems to stop swinging after a meagre two overs. Batsmen are supposed to relish playing strokes to the ball skidding off the deck but that has hardly helped the sides overhaul targets so far.

Is it the desert air that makes the dew not sticky enough or is it just that the pitches are yet to settle down? Curators have left plenty of grass cover on the pitches to make sure they do not crumble before the nearly two-month tournament schedule is completed.

Sighting too seems to be some kind of an issue given the number of skied catches that have been floored by some the best fielders in the game. The white projectile coming out of the desert dusk may not be the easiest to judge but then conditions are the same for all.

For once the coin toss has not proved as decisive as it appeared before the tournament and team think-tanks have been left scratching their wise heads trying to figure out the best options in the prevalent situation.

So much to ponder makes for interesting battles ahead for all concerned!