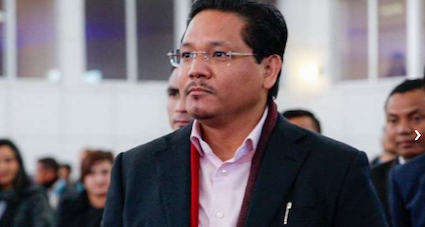 Meghalaya’s banned militant outfit Hynniewtrep National Liberation Council  (HNLC) has stated that it is ready for peace talks without any pre-conditions. Sainkupar Nongtraw, general secretary of HNLC, issued a statement to announce the outfit’s decision to come forward for peace talks. “After receiving a lot of requests in the last few days from elders and some social organizations, we (the HNLC) have decided to give peace a chance once again, within the framework of Indian Constitution”

Chief Minister Conrad Sangma welcomed the peace offer. “I will meet officials of the MHA in a day and brief them about the developments and discuss on how to take the peace process forward. Once we get a nod from MHA, we will take the next step.”

The Hynniewtrep National Liberation Council is a militant organisation, claiming to represent Khasi-Jaintia tribes of Meghalaya.

The HNLC, a breakaway faction of  Hynniewtrep Achik Liberation Council (HALC), the first militant organization in Meghalaya, was a self-claimed  representative of the three major tribes of the state. Later the differences cropped up over tribal issues, the Garo members of HALC formed Achik Matgrik Liberation Army (AMLA), while the Khasi and Jaintia members formed the Hynniewtrep National Liberation Council (HNLC) in 1993.

The HNLC are accused of indulging in a number of illegal activities, including killing, abduction, robbery, arms smuggling, cattle smuggling and extortion in the Jaintia Hills coal belt, in eastern Meghalaya. It has also been accused of circulating fake currency in the state, supported by the ISI of Pakistan.

Former general secretary Cherishterfield Thangkhiew, one of the most dreaded militant leaders and  instrumental in setting up around six training camps of the outfit in Sylhet and Maulavibazar districts of Bangladesh, was  responsible for many blasts in the region.

An encounter followed leading to the killing of the mlitant leader thereby breaking the backbone of the organisation.Julius K Dorphang, the former chairman of the outfit, who surrendered in 2007, claimed that HNLC is  a spent force now and only  few cadres are left, mostly in Bangladesh.

The Chief Minister will be in New Delhi on Wednesday to meet officials of MHA for appointment of an interlocuter, as demanded by HNLC.

Speaking to Northeast Live on Monday, he said,”Even though we have not received any official communique from HNLC but got their press release, we are very positive …we will be meeting the officials of MHA and briefing them on the developments taking place.We have shortlisted  names for the interlocutor and are at an advanced stage. and once we decide the name, we will forward it to HNLC for acceptance and take the next step forward.”