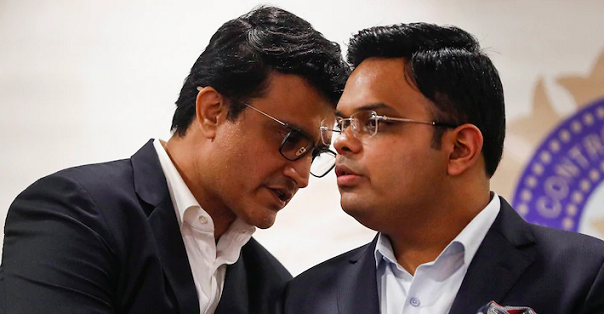 Cricket in South Africa is going through trying times!

Not very different from the rest of world which is gasping to recover from the global meltdown forced by the Covid19 pandemic. The world of sports is one of the worst- hit since it depends solely on financial backing from industry.

The International Cricket Council, however, has chosen to look the other way as Cricket South Africa (CSA) has been disbanded and put under administration by the South African Sports Confederation and Olympic Committee.

Lest we forget, Zimbabwe was suspended and stripped of its Test status more than half a decade ago for much less.

And Board of Control for Cricket in India stumbles from one hump to another as every action must pass muster of the Supreme Court.

But ICC never raised the issue of autonomy even though it is public knowledge that BCCI top functionaries like president Sourav Ganguly and secretary Jay Shah are awaiting ratification of the annual general meeting decision to continue in office.

Neither was there even a murmur of protest by the ICC when BCCI was put under administration by the SC even as a retired SC judge was appointed to look at reforms in its constitution.

If that was not outside interference, there can hardly be another!

Similarly CSA has faced accusation of financial irregularities for nearly a decade and things came to a boil soon after the sacking of Haroon Lorgat following the failed launch of his ambitious T20 Global League.

Its a directive from the South African ministry of sports and recreation to SASCOC to take over CSA affairs, not that the quasi-government body itself is free from scandal.

But ICC silence on the Indian and South African affairs is intriguing indeed. Perhaps the financial clout each board wields and its share in the ICC income decides how the world body reacts.

BCCI obviously contributes the lion’s share to the ICC kitty and hence must be treated with kid gloves. The appointment of a Committee of Administrators by the learned SC till such time elections were held under the new constitution proposed by the court-appointed retired judge, it seems, in the eyes of the ICC, was no infringement on the Indian board’s autonomous status!

A similar stand appears in the case of South Africa where things have simply gone downhill in the post-Lorgat era. Incidentally Lorgat, a chartered accountant by profession, was ICC chief executive from April 2008 to June 2012

CSA has seen one controversy after another leading to the summary dismissal of president Chris Nenzany and CEO officer Jacques Faul. CSA ‘s relations with the South African Cricketers’ Association has been anything but cordial even though its business as usual for the players who continue to ply their trade in various financially lucrative leagues around the world. Nearly a dozen South Africans are poised to participate in the Indian Premier League starting September 19 in the United Arab Emirates.

ICC’s task has hardly been made any easier by pressure from associate members for greater say in its affairs and also a larger slice of the financial pie!

Interesting times ahead indeed as cricket must follow the global trend of being played before empty stands and “tailor-made for television” events till such time the current pandemic blows over.