Decoding the anatomy of Indo-US ties: Friends yes, choir-boy no 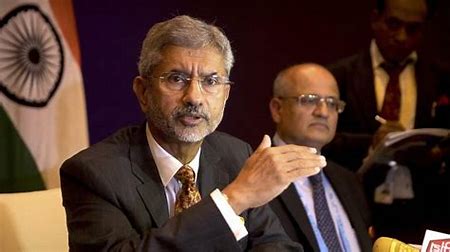 India is refusing to be a choir-boy of the United States which is a dichotomy given the two nations have never been closer on economic and defence matters than now in their 73 years of diplomatic relations.

Most know that India won’t let United States or its sanctions come in between its ties with Russia or Iran with whom it shops its energy, strategic and security needs. Very few though are picking the blunt hints which India’s foreign minister Dr Subrahmanyam Jaishankar is dropping regularly on the doorsteps of United States and Europe, the geographical region we commonly denote as West.

Dr Jaishankar rounded up his presence in the 56th Munich Security Conference on Sunday by asking a US republican senator to keep off Kashmir and reminding the United Nations of its slipping credibility in the “Westlessness” of today’s world. He headed off to Brussels on Monday where he would agree to Indian prime minister Narendra Modi’s presence in the European Union (EU) Summit on March 13 only if the EU shelves its plan to entertain the anti-India resolution a few of its members have in mind on Kashmir. In between his team has thrown out an offer of mediation by the secretary-general of the United Nations, Antonio Guterres on Kashmir.

A man who loves to shoot from the hip

This is perfectly in sync with Dr Jaishankar’s  no-nonsense diplomacy trajectory since he exchanged the life of a diplomat with one of a politician at the insistence of Indian prime minister Narendra Modi in May last. In next two months, India had rewired the state of Jammu and Kashmir and Dr Jaishankar has literally been shooting from the hip since.

In December last, Dr Jaishankar had rebuffed the US House of Foreign Affairs Committee (HFAC) who had wanted him to hold a unilateral meeting with lawmaker Pramila Jaypal by stating “I have no interest in meeting her.” Reason: Jaypal had tabled a resolution in the House of Representatives against India on Jammu and Kashmir. When the Capitol Hill wanted a Congressional hearing on Kashmir in October last, Dr Jaishankar used his channels to make sure that no less than 10 US Congressmen abstained from appearing in the hearing.

He had earlier held back no punches on the United Nations for keeping India out of the UN Security Council when in next 15 years it could be “the most populous country in the world…and the third largest economy…it affects the United Nations’ credibility.”

A world which is no longer bipolar

In Dr Jaishankar’s worldview, the post-1945 bipolar world and the post-1992 American world is no longer the norm. “Things change, nothing is engraved in stone. This world will be different, power will be more dispersed, there will be more actors,” he confided to a French daily last November. He also feels India and China have a common interest in re-balancing the world.

Dr Jaishankar is only taking cue from his boss Modi who once ticked off the US president Donald Trump in a joint media interaction session by stating India wouldn’t like third-party mediation on Kashmir.  Trump has alluded variations on “mediation/arbitration/interventions” on Kashmir at least seven times in as many months and India has never failed to ask the US to keep off Kashmir.

All this must not be music to American ears but then the US itself has a “America First” policy. The entire world is looking to protect its own interests as multilateralism is retreating. The United States has heard some plain-speaking, not just from Russia or Iran but also from its’ so-called close allies in Europe (France), Asia (the Philippines) and Middle East (Turkey, Saudi Arabia) in recent times.

Thus India and the US could have economic and defence ties which suit both; Narendra Modi and Donald Trump could serve each other a home audience by the ringside; cameras could keep whirring on the personal warmth between the two, but both go their own way when it comes to having equations with the rest of the world. At least India is letting the United States know to mind its’ own business even though the latter isn’t quite giving up its instincts of intrusion.