Did the ICC Test points system drive you to nuts? Well figure out the latest 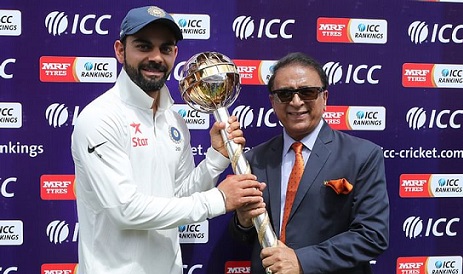 The International Cricket Council seems to have been re-energised by the astounding success of the Indian Premier League 2020 that recently concluded in the United Arab Emirates, which by co-incidence also serves at the headquarter of the international body.

And immediately, the ICC got down to work on its own events, primarily the ICC Test Championships for men which is due to wrap up in June 2021.

The Future Tour Programme was thrown in the shredder by the global Covid19 pandemic, hence the need to rethink big time!

Since the number of Test matches played by each of the nine countries, and with little chance of getting anywhere close to a level playing field in the intervening months before the Lord’s finale, the already bizarre points system has been given yet another tweak to make it well nigh impossible to understand for the common fan.

The old system awarded a total of 120 points per series, irrespective of the number of games. So a two-Test series would carry a whopping 60 points per win but a five-Test contest would earn only 24 points for each victory. Similarly, the points awarded for draws and tied games too declined with the increase in the number of Tests in a series.

Most surprisingly, home and away triumphs were treated at par!

It was almost a way of discouraging teams from organising long bilateral series.

Now with the abrupt halt in international engagements, and not all countries in a position to resume sporting activities what with the continued restrictions on international travel, the ICC in its wisdom has decided to work out a percentage system of awarding points.

England played the maximum number of Test wins in the qualifying period, but neither their points tally, thanks to the five-Test Ashes, nor the win percentage for the eight wins in the 15 Tests could push them into the top two. Australia overtook India as the new number one, both teams having posted seven wins each even though the former has figured in 10 Tests spread over three series. India have, of course, played four series for a tally 360 points to Australia’s 296.

ICC deciding to change the rules of the competition midstream gives the national boards a new headache to plan itineraries keeping the new system in mind when all they should be worried about is getting the players back on the field.

Lest we forget, the ICC Test championships have already had two false starts and it well nigh be the third, given the current circumstances. The game could have been better served by a more cautious approach and merely pushing the calendar back by a year could have solved plenty of problems.

But if the ICC must stick to its schedule, it could very well be a bumpy ride ahead because not all countries are even in a position to compete, let alone host Test match cricket.