For a few in the family, the Independence Day carries little meaning 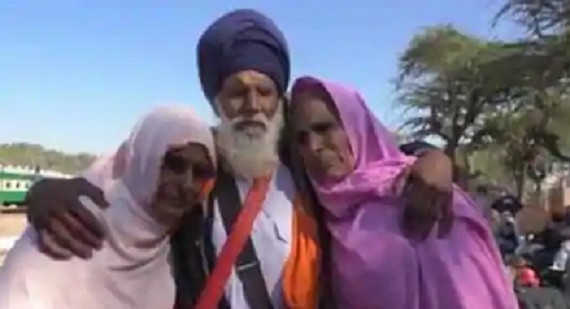 A sudden call from across the border took Gian Chand by surprise. His close relatives, his uncles (Chachas), settled in Pakistan were visiting India to meet their estranged relatives for the first time.

Gian Chand, working in a Syndicate Bank in Delhi NCR, was not even born when the partition of the country took place. Partition, which is fondly celebrated as Independence Day by the rest of the country, divided Punjab on communal lines, as well as Bengal, causing the largest migration in human history. Nearly two million lives were lost—It began with cleansing of Hindus and Sikhs in Pakistan and the favour was returned against the Muslims by the enraged people on this side of border.

Gian Chand and his family were excited to meet their first relatives. The closest relatives. His grandfather Sidhu Ram along with his father Roop Chand had left their village, their lands, properties and possessions in Kotal Muglan, district Dera Ghazi Khan and left for an uncertain future in India, while his brothers and families opted for Pakistan.

It was a choice between faith and uncertain future on one side and financial security and continuity in life but possible change of religion, on the other hand. Gian Chand’s grandfather and father opted to remain Hindus and left their lands, memories and friends and relatives behind and moved to India. His uncles got the undivided properties, financial security and Pakistan.

After the gap of more than half a century and loss of many elderly family members, due to natural deaths, Gian Chand was excited to meet his uncles and more to know about life of Hindus in Pakistan.

The uncles were here in India and Gian Chand was only too happy to have them over in his home in Faridabad.

But as soon as they settled, the uncles shocked the entire Gian Chand’s family by asking, ‘why did you convert to Hinduism and left Pakistan?”.

His uncles were school-going boys in 1947, naturally oblivious of the political tsunami of the times. There were only Madarsas in the rural areas in Pakistan where they took their early education. They were oblivious to the fact that they themselves were Hindus and had been converted into Muslims for their own safety.

The conversions of this family and thousands or millions of Hindus and Sikhs who opted to live in Jinnah’s ‘secular’ Pakistan was systematically orchestrated by Jamaat-e-Islami and other fundamentalists.

Pakistan, after its formation wanted an identity and a history of its own. But sharing its common existence of history, culture, language, music, traditions for hundreds of years was not possible for the estranged community. They could not make Nanak, Buddha, Ram and Krishna part of their history and culture.

This led to the discovering of looters, dacoits and murderers like Mohammed bin Qasim, Ghazni, Taimur Lung, Babur and his clan as their heroes. These invaders had razed temples, killed or converted hapless people.

Prof. Abdul Hameed Nayyar, a Pakistani revered author and consultant on education, said in a TV debate “… the Islamisation of education in schools and colleges started soon after the demise of Jinnah, and what is now taught is blatant lies and distortion of history.“  Added Raza Ahmad Rumi, Pakistani policy analyst, journalist and former editor of Pakistani newspaper ‘Daily Times’, in the same programme, “we have distorted history so much that we don’t know what is the real history “.

According to a report by United States Commission on International Religious Freedom at www.uscirf.org, school textbooks represent political perspective in Pakistan. The education policy includes teaching bias, distrust and inferiority towards minorities especially Hindus and Christians. The non-Muslims in these text books are perceived as enemies, Pakistani Christians as westerners and Pakistani Hindus as arch rivals of Islamic state of Pakistan.

The report says that these perceptions predispose students early on against the non-Muslims as outsiders and unpatriotic, untrustworthy, religiously inferior, scheming and intolerant. To quote a para from page 23 of tenth grade Urdu textbook, “because the Muslim religion, culture and social systems are different from non – Muslims, it is impossible to cooperate with Hindus.“

The country where the state policy is to deform its history, spread hatred, spew venom towards minorities, the religious conversions by coercion or greed is no big issue.

Replied Gian Chand, “Have you wondered why would we gave up our ancestral land to you, come to India and convert?”

“But Qazi Sahab at our madarsa told us that we are Muslims. And now our father is also not alive from whom we can confirm. But were we Hindus? “, asked a shocked Sheikh Ansari.

In due course, his uncles returned and Gian Chand too carried on with his life in India. A family was not only separated by physical distance, but also in memory and their background. That’s the tragedy which is too poignant and could only be understood by its sufferers. Separated by faith, bound by blood.

Gian Chand’s not the only family. There are countless instances, the one I remember were two Sikh girls who had been converted Muslims and met their Sikh brother when he visited Nankana Sahib two years ago. As can be seen in the image, Ulfat Bibi and Mairaj Bibi is hugging Beant Singh tightly as they met him for the first time in seven decades. Just imagine yourself in that position and you would not the unspeakable tragedy of the Partition.

So happy Independence Day. But not for those who were left behind. And certainly not for those who thought Citizenship Amendment Act (CAA) would be an end of their ordeal. You see, we have our Shaheen Baghs here.

Sanjay K. Sharma is a close watcher of developments in Pakistan. He would write regularly now on our pages.