For god’s sake, stop this my Twinkle and your Asifa nonsense 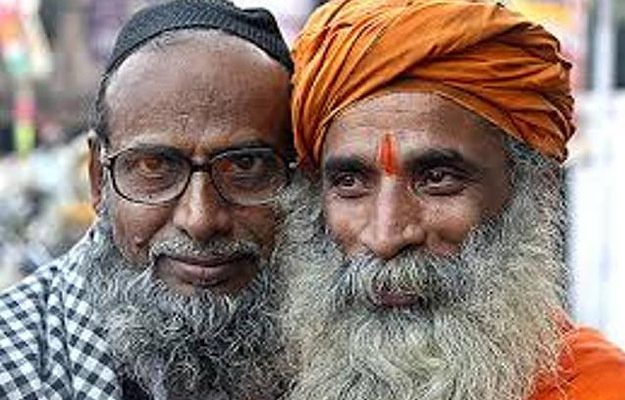 Some crimes shake the conscience of the nation: Like the one of Twinkle in Aligarh. Or Asifa in Kathua, Jammu.

Millions of Indians mourn such tragedies. But those vocal, be it on print, web or TV, view it from religious prisms:  The divide is between Muslims-unsafe vs. Hindus- wronged. Politicians and media profit, not the nation.

The question today is: Can India afford to be divided along the communal lines? If it comes to pass, who should be held responsible? Could India as a nation then survive?

We have a prototype answer to all these questions. India was divided along the communal lines in 1947; Those who created divisions, in this case British, were responsible;  India lost its’ eastern and western limbs in its quest for survival.

Do we want a repeat of it in the near future?  If not, how this slide need be stopped? Should another round of Partition, at the cost of millions killed, raped and displaced, must happen again?

It all begins from those who set the narrative. British did it in decades leading to the independence: Assembly elections were held along the communal lines: Muslim candidate for Muslim constituency. Then began the chorus: what would happen to minority Muslims once we leave the Indian shores.  Muslim League and Mohammad Ali Jinnah were thus armed to severe India of its limbs. The resultant tragedy of Partition has few parallels in human history.

India has survived another Partition thus far. But the same narrative is reappearing:  Muslims are insecure; their culture, language and religion is in danger; majority Hindus would be the oppressors.

If it were the British who fed this narrative in pre-independence era, its media and break-India forces which is fanning the fire in our times. As oppressor Hindus was the theme before the Partition, so is the theme in our times.

Occasionally, the likes of Sadhvi Pragya and Giriraj Singh play into the hands of such forces. At times, “saffron terror” is cooked up like it nearly did in the tragic 26/11 in Mumbai. Lynchings become part of leitmotif to stoke fears of oppressive Hindu majority.

Celebrities and cinestars jump in to serve their eternal desire of being in news.  Writers and scientists sign petitions in orchestrated campaigns. Data, like Lokniti-CSDN, survey how many Muslims and Christians have voted for BJP;  Castes are divided into sub-castes and further sub-castes as Mayawatis, Akhilesh Yadavs and Lallu Prasads feed themselves fat on its harvests. Important magnets, like Western media and prized economists, all are part of the ecosystem which want India to go up in flames.

Hindus and Muslims do have different language and culture. But both are Indians. And a majority do see themselves as Indians. The minority are Asaduddin Owaisi who incites with the call of Karbala or Niranjan Jyoti who divides with “ramzada” vs “haramzada” quip. Hang them out to dry. As you do with the despicable dozen English journalists and at least two English national dailies who are at the beck and call of divisive forces (read casteist, Left and dynastic parties); and foreign-funded NGOs

Let this be a checklist for Muslims:

(a)    We have always been made to feel insecure even as more people greet us on Eid than those who abuse us; (b)  That there is no word as “minority” in Indian constitution, all are Indians; (c) That if “secularism” means denying a Muslim destitute woman (Shah Bano) her rights and reversing the judgment of Supreme Court, then such secularism must be exposed; (d) That if Hindu consolidation has happened around emotive Ram Temple issue, it was stoked by Congress and not BJP/RSS; (e) That for every Akhlaq, Pehlu and Junaid, there are tens and dozens of Hindu victims at the hands of Muslims which go unreported; (f) That if BJP doesn’t opt for a Muslim candidate, it doesn’t matter as long as the elected representative is fair to everyone in his constituency:  be it roads, electricity, toilets, gas, health, education, all is available to Muslims as it is to Hindus; (g) That if Muslims are economically backward, it’s not because of Hindus but perhaps the reason lies in lack of scientific temper in Madarsa education; and less than fair freedom to women.

Let this be a checklist for Hindus:

(a)    Indian constitution doesn’t favour Muslims; it allows them to run their institutions THEMSELVES not by the government; (b) If Muslims are subsidized for Haj, so are Hindu pilgrims provided for in magical Kumbh melas; (c) True,  Indian history is distorted and neither Congress nor Left intellectuals have been fair to Hindus but it’s no excuse to substitute that anger against a common Muslim; (d) True, a dozen English journalists and at least two English national dailies only report crimes against Muslims, often hoax, but they have been left thoroughly exposed in the last five years; their credibility in tatters thanks to a vigorous social media;  (e) Congress and Left, two parties who stoked fears in Muslims and Dalits, are today the outcasts of Indian political system; (f) That Hindu consolidation must not happen at the cost of Muslim alienation: that we don’t want new nations in Bengal or Kerala or Tamil Nadu and its’ attendant costs; (g) That for every Zakir Naik and Burhan Wani, there is also a Muslim boatman who gives up his life but saves tourists from drowning in Jhelum in Srinagar.

We have a choice to make if want to be Hindus or Muslims or Indians. We ought to ask ourselves if we don’t mind another Partition and its horrific cost. We ought to boycott a Naseeruddin Shah or a Kamal Haasan; A Javed Akhtar or a Shabana Azmi; A Swara Bhaskar or a Prakash Raj who are selective in their outrage. The same ought to happen to a Niranjan Jyoti or Asaduddin Owaisi.  We ought to outcast a Shekhar Gupta or a Rajdeep Sardesai; a Sagarika Ghose or a Barkha Dutt if the only crime they see is against Muslims; We need to stop an Indian Express or The Hindu from entering into our drawing rooms if all they can see is crime against a Dalit or a Muslim.

These are small forces. Pygmies in front of a nation of 1.30 billion. Should these handful be allowed to decide if we stay together or apart? Would you blame them if tens and thousands of us are butchered and raped in Partition 2.0?

Muslims need be confident this is their India too. Before you blame others, you must ask if your education and matter of equality to women etc need a relook.  As Maulana Azad once addressed them:  You can’t be drowned and defeated by anyone else but yourself.  Don’t hide behind the cloak of “minority” and “secularism”.  Don’t seek privileges; you are no different than any other Indian. Rely on self. Those who speak for your safety and stoke your fears, couldn’t care less for you.