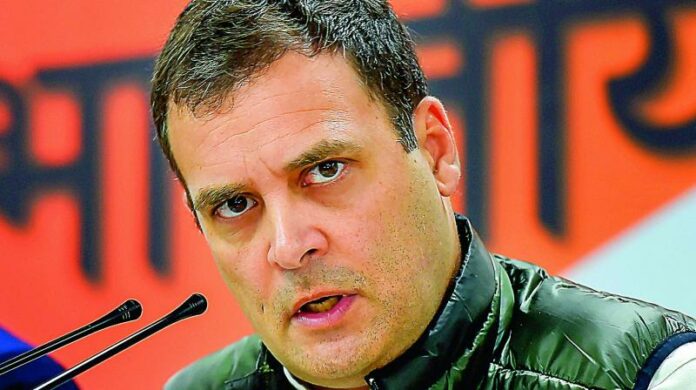 Revenue earned from Goods and Services Tax (GST) collections in April jumped to its highest level of Rs 113,865 lakh crores since its roll out in 2017, according to the official data released on Wednesday. This is an increase over the previous record of March 2019 collections, when it touched Rs 1.06 lakh crore figure.   While the collections have been gradually increasing since August, the collections are based on the back of high compliance and increased number of returns.

Reacting to the April’s GST collections, the Confederation of All India Traders (CAIT) on Tuesday said that Congress President Rahul Gandhi was wrong in saying that GST was not in the interest of traders. The CAIT has said though to make GST still better for traders, it would approach the new government after polls.

CAIT Secretary General Praveen Khandelwal said that the “upsurge in GST revenue collection for the month of April 2019 has strongly demolished the argument of Rahul Gandhi that it is Gabbar Singh Tax and not in the interest of traders. On the contrary, the highest collection from GST in the month of April since its implementation in the country establishes the fact that traders across the country have utter faith and trust in current GST taxation system …”

Khandelwal said that not only the revenue but also the number of taxpayers under GST in comparison to earlier VAT regime has doubled reflecting acceptance among the traders community.

Rahul Gandhi, during his campaigning for elections has been rubbishing GST and terming it as ‘Gabbar Singh Tax,’ mischievously overlooking its benefits. GST is a real time tax and has benefit of credit on taxes submitted, which is then transferred to the next vendor. Not only the tax is simple and least cumbersome as it replaces VAT, octroi posts etc, the inclusion of taxes in the cost of product is done away with, thus leading to decrease in the cost of goods. Moreover, in July 2018, the government lowered the taxes on 99 per cent of the items from 28% to 18% which has resulted in greater compliance by the traders.

Of the total of Rs 113,865 lakh crore collection,  Central GST was Rs 21,163 lakh crores, State GST collections were Rs 28,801 lakh crore and Integrated GST, levied on inter-state supply of goods and services, stood at Rs 54,733 lakh crore, whereas Rs 9168 lakh crore was total of cess collected. The rise in tax collections in April (for domestic sales in March) can also be partially attributed to the year-end phenomenon, when taxpayers pay their arrears. As many as 72.13 lakh summary return GSTR 3Bs were filed in March, on which the ministry said.  “The fact that the collections in April 2019 are over 10% higher than April 2018 is encouraging and indicates that the tax base is increasing gradually with GST getting stabilized, measures, such as e-way bills and effective data mining, are working. Perhaps, one of the reasons for this increase was also a push from businesses to vendors for reporting sales of 2017-18, for which the last date of claiming credit coincides with GST filings for the month of March, 2019. While this level of tax collection may be unrealistic for all future months, the government would hope that average monthly collections for 2019-20 is at least 10% higher than 2018-19,” said Pratik Jain, partner and leader, indirect tax, PwC India.

Rahul Gandhi’s stuck gramophone of ‘Chowkidar Chor hai’ is already leaving him red-faced in the Supreme Court. Now the tax returns on GST would also make his “Gabbar Singh Tax” rhetoric come back and haunt him.