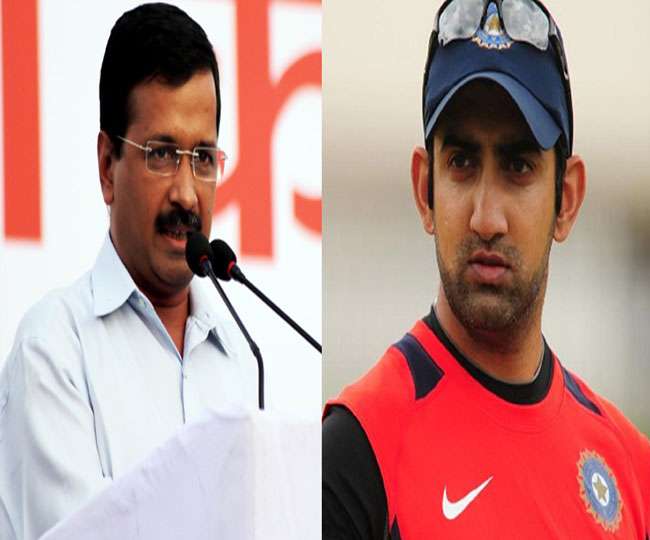 As the dust settles down finally on fierce campaigning in the Capital, particularly in East Delhi constituency, Bhartiya Janata Party candidate and ex-cricketer Gautam Gambhir has thrown a gauntlet at Aam Aadmi Party supremo Arvind Kejriwal over the ‘pamphlet filth’, declaring that he would hang himself if Kejriwal could prove him guilty. “Otherwise, you should quit politics,” Gambhir challenged.

Not that Kejriwal is likely to pick up the gauntlet. This fake controversy was generated for election gains and its’ unlikely we would hear much on the matter, post-Sunday. But political observers must not yet turn their sights away.

First a primer on the controversy. This week a deeply offensive pamphlet came into circulation, particularly in the homes in East Delhi, where Gautam Gambhir is pitted against Atishi Marlena of AAP and Congress’ Arvinder Singh Lovely.

The pamphlet was a personal assault on Atishi, insinuating a relationship between her and deputy chief minister Manish Sisodia. Further, it calls Kejriwal a dog.

Subsequently, a press conference was called by AAP in which Atishi broke down. She accused Gautam Gambhir for circulating the pamphlets. AAP accused Gambhir of ‘circulating this derogatory, scurrilous pamphlet ahead of voting in Delhi on Sunday. “Never imagined Gautam Gambhir to stoop so low”, tweeted Arvind Kejriwal as the hashtag #standwithAtishi trended on twitter.

Kejriwal tweeted, “How can women expect safety if people with such mentality are voted in? Atishi, stay strong. I can imagine how difficult it must be for you. It is precisely this kind of forces we have to fight against.”

Gautam Gambhir denied the allegations against him and even challenged, “I declare that if it’s proven that I did it, I will withdraw my candidature right now,” he said. He also sent a defamation note to Kejriwal, Sisodia and Atishi and has demanded an apology.

“I condemn what has happened. I am from a family where I have been taught to respect women. I didn’t know CM Arvind Kejriwal would stoop so low. I have filed a defamation case,” the cricketer-turned-politician said on Friday while speaking to news agency ANI.

The former cricketer, who is making a political debut, denied the charges and sent a legal notice to Kejriwal, Sisodia and Atishi  through Sonali Jaitley, daughter of Union Minister Arun Jaitley, demanding their apology. Gambhir lambasted Kejriwal in a series of tweets and said that he ‘is ashamed’ to have Kejriwal as the CM of Delhi as he accused Kejriwal and his coterie of scripting the whole drama, he tweeted, “I abhor your act of outraging a woman’s modesty @ Arvindkejriwal and that too your own colleague. And all this for winning elections. U r filth Mr CM and someone needs your very own Jhadu (broom) to clean dirty mind.”

Gambhir also said that because of this level of petty politics of AAP, people with good intentions stay away from it.

Meanwhile, Kapil Mishra, rebel AAP MLA, in an interview, has accused Kejriwal of levelling charges against one and everyone and later apologizing, like he did with Nitin Gadkari among others.

Kapil Mishra alleged that Atishi, who has been sporting Marlena as her Surname, which is amalgamation of the names of Marx and Lenin, has suddenly discovered that she is a Rajput and stated putting ‘Singh’ instead of Marlena. He accused Atishi’s parents of being signatory of the petition to save terrorist Afzal Guru. He further said that they raised funds for SAR Geelani, former Delhi University professor against whom a sedition case was slapped. “Those people who supported these terrorists who wanted to blow up the parliament now want a seat in Parliament,” he said. “What’s the compulsion of AAP to give ticket to such a person whose parents are sympathetic to terrorists and raised funds for them?  Just think if such a person gets elected and has all the access in parliament, what will happen to the country?”

Harbhajan Singh, another former cricketer has come up in support of Gambhir, tweeting,“ I am shocked to note the events involving Gautam Gambhir. I know him very well and he can never talk ill of any woman. Whether he wins or loses is another matter, but the man is above all this.”

The nervousness from new entrants in politics to AAP leadership is evident from the fact that they levied allegations against BJP’s candidate from North West Delhi, Hans Raj Hans. They accused him of converting to Islam and objected to his candidature from a reserved seat. The accusation fell flat when confronted with threats of legal actions.

AAP also protested against the candidature of BJP’s South Delhi candidate Rambir Singh Bidhuri on the grounds that he has concealed of having an FIR lodged against him.