Have some shame when you criticize assets monetization 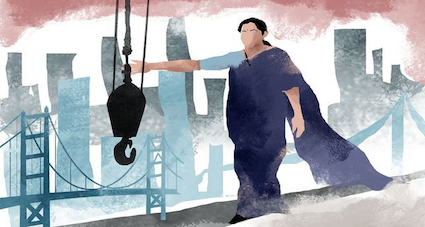 It saddens me that a few of our politicians and media are willing to sacrifice the national interest for their petty gains.

Rahul Gandhi and Mamata Banerjee are upset at National Monetization Pipeline (NMP) which intends to raise Rs 6 trillion crores in next four years for infrastructure projects by leasing out its assets to private investors. They call it Selling India.

First a little background. In his 2019 Independence Day speech, prime minister Narendra Modi announced an investment of Rs 100 trillion crore in infrastructure over the next five years. It also featured in BJP’s 2019 election manifesto. A task force subsequently submitted the National Infrastructure Pipeline (NIP) report in April 2020. It upped the infrastructure investment to the tune of Rs 111 trillion. Bulk of this spend—some 71%—was projected for energy(24%), roads (18%), urban (17%) and railways (12%).

Some 83-85% of this infra fund required could be managed through existing sources: 18-20% by Centre; 24-26% by States, 31% through debt bonds, banks and NBFCs etc. Some 5.4% of the total NIP is to be mopped up through asset monetization. This is your National Monetization Pipeline (NMP) presently in the eye of a storm.

The sad part is, NMP has been there in Indian context for over a generation now. It’s nothing but Public and Private Partnership (PPP). The State packages its assets, made or in making, attractive for private players. Private players invest a certain amount and are consequently granted lease through which they could recover their cost and profits for a certain number of years.

Take the glittering Indira Gandhi International Airport (IGIA) in New Delhi for example. It began in 2006 through the PPP model. It’s now a reality at the cost of Rs 12,500 crores. The lease period is for 30 years. Once the lease is over, the two sides could either renew it or it could be transferred to Airports Authority of India (AAI).

Those living in the Capital must be aware of the Noida Expressway and Yamuna Expressway, again an example of PPP with Jaypee Group. Such examples abound across the nation.

It’s also not unique to India. It happens the world over. For example, Australia announced a similar 10-year package for private players a few years ago and has unlocked $17 billion in infra development projects across its nation.

It’s also not as if the funds realized from leasing of assets would go into the pockets of Modi government. It would go to, for example, Central Public Sector Enterprises who are leasing their assets in the first place.

Now don’t tell me there is no need for investment in railways, roads, ports, airports or in energy sectors. Indian Railways is looking to add 500 private passenger trains and make 750 stations privatized. There are dedicated freight corridors (DFC) in the making, like East-West, North-South, East Coast and South-West. Railways is also looking to 100 per cent electrify its network.

Roads? You might not have heard of Bharatmala project courtesy our despicable media which is busy promoting worthless politicians. For one, it would improve connectivity to the North East, build or improve industrial corridors, logistics parks, leveraging synergies with inland waterways, bringing on technology etc. Any number of highways and expressways are in pipelines.

Nobody would also doubt India needs a whole lot of new airports. How many do you think are the airports in India’s most populous state Uttar Pradesh? Some eight airports are serving 24 crore people. Bihar has a mere five.

Similar is the case with our ports. Given India is a sub-continent, its three sides covered with oceans, India’s ports situation has been in shambles. India is also massively looking to shift its base from fossil fuels. Electric Vehicles are becoming a vogue. It’s look to increase its power capacity of 356GW to 619GW in next five years. It’s massively eyeing the drawing down on thermal installations.  Then there is this massive hope on nuclear power. Some Rs 1.5 lakh crore investment is earmarked for nuclear power. The distribution of energy needs a massive overhaul, so does the extensive use of smart meters.

Those who can’t look beyond their hatred for Modi, are doing a great disservice to themselves and their children by opposing the development of India. Bad roads, airports, railways or energy endanger all lives and it includes them. Leasing assets is not selling them. It’s also jobs-creation. And it’s been there for over a generation, indulged in by all governments. It’s a method followed all around the world. So what’s the problem?