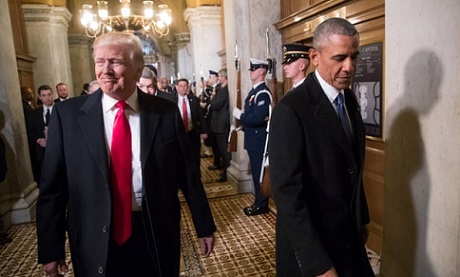 That the release of the Barack Obama’s autobiography “A Promised Land” was politically-timed is no longer in doubt.

As the excerpts are beginning to flood our newspapers, TV and digital media, the latest one tells us about how the United States had planned to take out Osama bin Laden from Abbottabad in Pakistan and how it was opposed by Obama’s deputy, Joe Biden, now the president-elect of the United States.

Osama Bin Laden has arguably been the biggest villain ever for the American people in their history, being blamed for bringing down the twin World Trade Center towers in New York on September 11, 2001.

This news would have been a bombshell in the recently most closely contested elections for the most powerful man on the earth. And it would surely have helped Donald Trump regain his presidency. Remember, Trump won 16 of the 39 States which could’ve gone either way—and lost three only by a narrow margin of 1 per cent, and a one by 1.2 per cent.

Trump has been belligerent at the rush with which the US media and Biden has gone about announcing the latter’s victory in the elections and has filed a number of suits. He has also claimed that the Covid-19 vaccine breakthrough—Moderna—was held secret till the elections were over. And that it was done to deny him the credit for doing all his presidency could’ve done to save the nation roiling under the pandemic. Now that Biden had opposed Osama bin Laden’s raid only buttresses his charge.

“Joe weighed in against the raid,” Obama writes in the book about the discussion of the Navy Seals mission which he ordered to go ahead as intended in Abbottabad against Osama bin Laden on May 1-2, 2011.

During this year’s election, Trump’s Republican party had carried ads claiming that Biden had opposed taking Bin Laden out. Biden, on his part, had said that during group discussion of whether to order the raid, he had advised Obama to take more time, saying : “Don’t go.” He had also said he subsequently told Obama to “follow his instincts.’

Like the defense secretary Robert Gates, Obama writes, Biden was concerned about “the enormous consequences of failure” and counselled that the president “should defer any decision until the intelligence community was more certain that bin Laden was in the compound”.

Either way, at least one charge sticks against Biden—that he was indecisive on a matter as vital as Bin Laden’s even if it could be contested that his refusal was embedded in the worry that it could be construed as infringing on the sovereignty of an independent nation, Pakistan.

“As had been true in every major decision I’d made as president,” Obama writes, “I appreciated Joe’s willingness to buck the prevailing mood and ask tough questions, often in the interest of giving me the space I needed for my own internal deliberations.”

Obama also writes that he “knew that Joe, like Gates, had been in Washington during Desert One”.

The United States had failed to free American hostages in Iran in an operation called Desert One in April 1980, resulting in the death of eight US servicemen in a helicopter crash and severely damaging Jimmy Carter’s hopes of re-election.

Just as now it would appear it has gutted the re-election of Donald Trump who nevertheless could take heart from the fact that Republicans are like to retain control of the Senate (the upper house) and end with an increased tally of at least 10 seats in the lower house.

Incidentally, Trump had replaced Obama as president in the White House in 2016 elections.