How many remember Dhoni began and ended his career with a run-out? 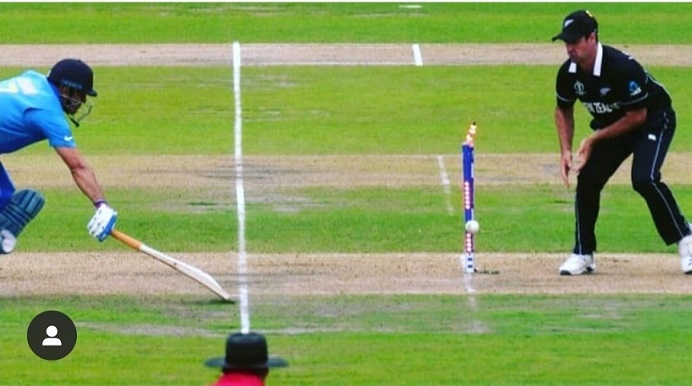 Mahendra Singh Dhoni remains as much an enigma today as he was 16 years ago when he stepped on to the international stage, his near-shoulder length hair garnering more attention than the first ball run-out on debut. That his international career should also end with a run-out in the ICC World Cup 2019 semi-final is a matter of pure chance!

The roller-coaster ride that is international sport seems to have played out in the full with this man from the hinterlands. But lest we forget Dhoni’s run-out dismissals are only symbolic of the man who never shied away from a challenge!

When he was handed the reins of Team India in the autumn of 2007 for the inaugural ICC T20 World Cup, it was perhaps for the first time in over a decade that the national cricket team was leaving the shores without the famous trio of Sachin Tendulkar, Sourav Ganguly and Rahul Dravid.

This on the back of a rather forgettable ICC World Cup earlier in the spring.

In fact, the world cup which saw the sad demise of then Pakistan coach Bob Woolmer nearly pushed international to the brink. Both India and Pakistan failed to progress beyond the league phase leading to falling television ratings and much speculation among the die-hard fans.

Obviously credibility was about to hit rock-bottom yet again after the match-fixing saga of nearly a decade ago. It all returned to haunt cricket as revenues fell and cricket players were viewed with suspicion.

In this backdrop Dhoni began his tenure as India captain, having taken over from Dravid for the bilateral series of 50-over one-day internationals against Sri Lanka and New Zealand. And his T20 debut as skipper was a wash-out against Scotland in what was to be India’s only second ever 20-over international game.

Team India went on to win the 2007 ICC T20 World Cup under the leadership of Dhoni, virtually laying the foundation for the cash-rich Indian Premier League the following year as cricket sought to straddle the sporting as well as entertainment spheres.

To do it with aplomb was Dhoni’s style as he strode like a colossus not only in the T20 arena but went on to lead India to further successes in the 2011 ICC World Cup (50-overs) and 2013 ICC Champions Trophy.

That he bridged the gap between the Tendulkar and Virat Kohli eras would be under-valuing his contribution to the cause of the game, which he will continue to play for his IPL franchise.

Re-igniting the love for cricket among the fans when it was at its lowest was what Dhoni did in 2007 in South Africa. Not enough credit has been given to Captain Cool for this unique and singular contribution to international cricket even though history is bound to remember the long-haired wicket-keeper batsman from Jharkhand as a man who helped bring the fans back like no other!