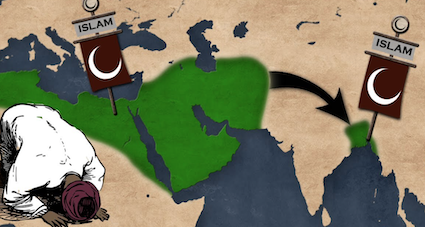 Election is in the air in West Bengal. Whispers are blowing aloud. Learnt, while travelling in Salim Sheikh’s cab, that Abbas Siddiqui is very much in ‘understanding’ with Mamata Banerjee. His separate Party is just to improve bargaining leverage for Furfura. TMC and Abbas are hand-in-hand, said Salim. As I asked him about Abbas-Twaha dynamics, he merely smiled and said, “ghorer byapar, bujhlen ki na”?

Anyone, who can smell Bengal’s air would agree with Salim Sheikh.

While Abbas Siddiqui’s Indian Secular Front is apparently in conflict against Mamata Banerjee’s TMC, they would be in congruence. Cab driver Salim’s words appeared more credulous after CPM published their Candidate-list. Keeping in mind that Abbas Siddiqui’s ISF is in Seat-alliance with Left Front and Congress, CPM didn’t field any candidate in Assembly No. 210, Nandigram. Did CPM keep the seat vacant for Abbas Siddiqui’s ISF to field his candidate? Or is CPM-CONG-ISF Alliance going to field a weak candidate there to leave the ground for Mamata Banerjee? The latter appears more probable if discourse of events is sequentially plotted.

Out of concern by the presence of AIMIM in West Bengal, Mamata Banerjee met Twaha Siddiqui of Furfura Sharif at the State Secretariat, NABANNA on December 1, 2020. It was in this meeting when Twaha informed Mamata that his nephew Abbas had decided to launch his own Party. To intercept Abbas’ rebel, Twaha suggested Mamata to field 80 Muslim Candidates in 2021 poll under the TMC banner. A shrewd, veteran Muslim Cleric negotiated for his ‘qaum” projecting Abbas ‘a threat’. In reality, fabricated rift between Twaha and Abbas enabled Twaha to play Abbas card in order to snatch more seats for Muslims under the TMC banner in West Bengal. Mamata Banerjee, a Muslim-appeaser to most, knew she couldn’t field 80 Muslim candidates and not be touted as a communal party by the BJP.  Hatching a win-win deal between her and Furfura, hence, made sense.

While Twaha demanded 80 Muslim Candidates under TMC banner, Abbas Siddiqui has declared to field at least 44 candidates of his party, Indian Secular Front. Now, after TMC declared their Candidate-list, Mamata Banerjee have been found fielding 47 Muslim candidates. Thus was cracked the win-win deal between Furfura and Mamata. Now Mamata could boast that she didn’t bow down to Furfura’s demand of 80 seats: Who could call her a Muslim-appeaser now?

Abbas, on the other hand, tied up with Left and Congress to eat into their seat share (Left and Congress anyway were winning predominantly in Muslim-heavy seats). Thus we have this scenario that out of 294 assembly seats, 91 would have a Muslim candidate from these parties. Come to think of it, Twaha had wanted only 80 seats for Muslim candidates. Now there are 91!

One may argue that Abbas Siddiqui’s 44 and TMC’s 47 Muslim candidates may overlap. ISF may field Muslim candidates in those very seats where Mamata too has fielded Muslims. While this is a valid argument, it’s not the complete picture. CPM has already fielded three Muslim candidates from Kharagpur, Sagar and Panshkura Purba. These three Muslim candidates of CPM are over and above of the 44 ISF would be fielding. Similarly, Congress too would field Muslims besides ISF’s 44. TMC, CPM, Congress & ISF put together, would arguably have 80/90 which is nothing less than 30% of West Bengal’s total seats. This is how Muslim Clerics would’ve ‘Siasati gain’ on  Hindu Homeland.

While Muslim-appeasement is the core value of Mamata Banerjee’s politics, she won’t be able to airbrush that bias however much she may try to do it. Would Hindus of Bengal be fooled by these pieces on the Bengal election chessboard? Hopefully, not. Nor CPM and Congress should be able to pull a wool over Hindu eyes. God forbids, if Hindus still find these parties “Secular” and buy the propaganda of BJP being communal.