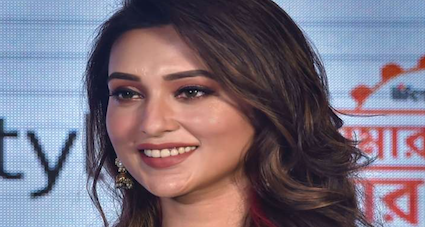 It all began when the Trinamool Congress MP Mimi Chakraborty lodged an FIR against one Debanjan Deb after finding out that the vaccination camp at Kasba where she had enrolled herself, and which was organized by Deb, had delivered a fake jab on her.

This was no small matter: one, Mimi is no ordinary name; Trinamool Congress is no ordinary party and Deb is no ordinarily linked with the powers-that-be in the state of West Bengal. If this could happen to the Rulers of Bengal, what’s the fate of crores of citizens of the State?

Soon word began to gain ground: if vaccines with the State are not non-efficacious then certainly fake. Social Media began erupting with logical questions: If fake jabs are being delivered, where are the free Covid-19 vaccines which are being shipped to Bengal? Broadly the speculations are:

Investigations subsequently have revealed that Debanjan Deb’s organization was being paid from the account of West Bengal Financial Corporation, a West Bengal government organization, as reported by Hindustan Times, Bangla. And that Debanjan Deb had regular business dealings with some drug suppliers of Ezra Street, Kolkata, as mentioned by TV9. It’s also believed that many places of Kolkata and certain districts are safe havens of spurious drugs’ manufacturing.

It’s given thus that people are wondering how deep are the roots of this vaccine scam and if Deb had patronage from the right people.

This was not all. TV9 reported that around 55,000 vaccines from a vaccine storage facility located at 33, Ballygunge Circular Road has been shifted to a clinic in Bhawanipur (yes, the same Bhawanipur where Mamata regularly contested from till 2016). One is not sure what has happened to those 55,000 vaccines if it was sent to the clinic at all. And if yes, whether that clinic has the required cold storage facility. We also don’t know of Mamata’s reaction to this all which we should have given she is the State’s health minister.

All this does nothing but keep the speculation-industry churning all the time.

West Bengal’s antecedents on trans-border crimes like human trafficking, fake currency trafficking, cattle trafficking, illegal arms trafficking, drug smuggling, illegal coal and sand mining-cum-smuggling are legendary. And that it continues unabated hasn’t helped the trust deficit amongst people. Some netizens even want to halt the supply of vaccines to Bengal till the matter is investigated in entirety.

But then supply of vaccines to West Bengal can’t be halted. What could be done though is:

Now all this of course looks doable. But the big question remains: Who bells the cat?

( Debjani Bhattacharyya is a columnist who’s a keen observer of politics and social changes.. A communication-strategist by profession having special aptitude for analytical jackknifing of information, Debjani is a Pharmaceutical Engineer & a Management Professional by her credentials.

Analysis of data & information for generating insights for policy planning is a passion while her other significant area of interest is the Constitution of India and its interpretations thereof. She’s a voracious reader with enormous affinity towards Classics of Bengali Literature. She is an opinion-maker on social media through her  blog, twitter and facebook. )