Ill-luck has dogged Djokovic in Corona summer of 2020: US Open is only the latest 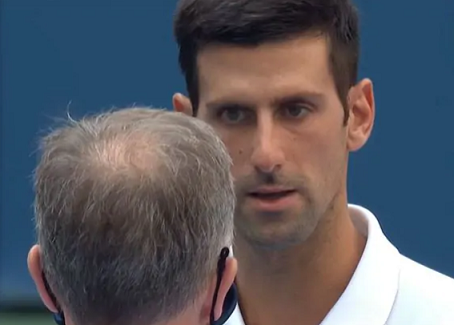 It was a routine start to what was looking like any normal Olympic year! Ranked number one in the world Novak Djokovic of Serbia opened 2020 with a record eighth Australian Open title just weeks after helping his country win the ATP Cup.

Regular service continued for Djokovic and the tennis world as he bagged his fifth Dubai Open in February before everything seemed to simply come undone.

Come mid-March and the globe screeched to a halt due to the worldwide Covid-19 pandemic. Europe, especially its Mediterranean countries, were badly hit even as the entire world grappled with the virus that threatened to all but halt life as we knew it.

Even the Tokyo Olympics were pushed back to 2021.

But Djokovic is nothing if not a fighter. He began with a pledge of a million Euros to help his home country purchase ventilators.

It seemed the world number one tennis player had done his bit for society and was looking to return to some kind of normalcy in life by resuming sporting activities. But soon things started falling apart.

His much-publicised Adria Tour exhibition came under heavy fire due to the rash of players and coaches testing positive for the Covid-19 infection after figuring in the tournament. Djokovic himself tested positive for the virus in late June and was forced to issue an apology for his actions.

Then came his decision to play in the final grand slam event of the year even as leading stars like Roger Federer and Rafael Nadal chose to stay home. And the way the US Open ended for Djokovic, the Serbian must be wishing he too had followed the former number ones and kept away from Flushing Meadows.

The initiative to challenge the status quo came with Djokovic as one of the prime movers of the Professional Tennis Players Association, launched in New York just prior to the US Open to help the lower ranked players on the circuit. Obviously, the powers that be were looking at every move by the Serbian with a microscope until his careless crack at the ball.

The frustration at having dropped serve to Spaniard Pablo Carreno-Busta ended up in his totally unintentional slamming of the ball right into the throat of the lady line judge nearby. The fourth round ejection from the tournament will cost Djokovic all of the $ 250,000 that he would have earned as prize money for having got thus far. Plus, he loses all ranking points for the event.

Neither penalty is likely to affect his number one status any time soon. But the accident in New York, like a fair amount of what has transpired with the Serb in this year so far, would certainly make him wonder if he indeed got out of the wrong side of the bed in 2020.

Had he been in one of the outside courts instead of the Arthur Ashe arena, the accident would be never have happened since line-calling there is technology based. But how can the numero uno run away from the spotlight?

There’s still nearly a third of the year remaining, and none can blame Djokovic if he chooses to stay home!

He is human after all. And there’s only so much a person can handle.