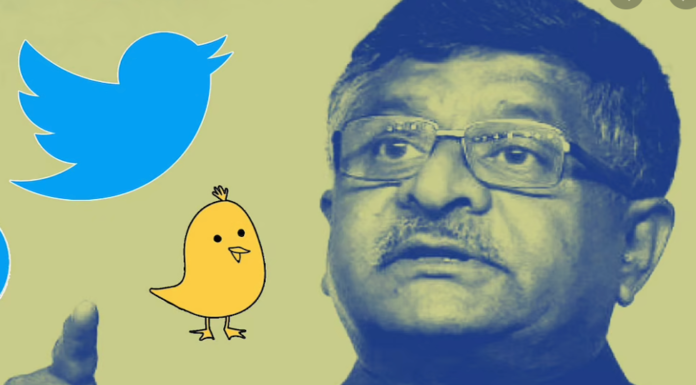 The Modi government is looking Twitter squarely in the eyes: You are defying us, the laws of the land and there could be a situation when your top brass is held in custody in India.

Twitter says: No sir, we are not. We can meet your request partially but we won’t take action against journalists, media entities, activists and politicians as it violates their fundamental rights of freedom of expression.

Those inclined to Centre’s views would say it’s time government cracked the whip. Twitter is Left-leaning and harsh on conservatives.

Those who go with Twitter would says the Centre wants to censor those it doesn’t like. That citizens could express themselves the way they want it. India without freedom of speech is democracy strangled.

Be very sure in this standoff, Twitter is not going to budge. They know it would be suicidal for Modi government to handcuff its “angels” of “free expression.” They for sure would go to Indian Courts, they might win or lose their plea but a similar shadow game would continue. Modi government doesn’t have a lot of options to enforce its will.

So let’s first be clear: What explains Twitter’s strength? Why is it overriding governments; its arbitrary judgment often being fudgy and apparently biased.

The Modi government says you blocked Capitol Hill rioters but you are soft on those who demeaned our Republic Day and humiliated our national flag. Those politically astute would remember New York Post had an investigative story on shady deals between Hunter Biden-Joe Biden and China which was censored harshly by Twitter. All tweets that shared the story was masked. The New York Post account itself was locked by Twitter. (So much for “protecting” journalists’ freedom as is its stand with Modi government).

Now digest its impact: A survey later found out that one in six people who voted for Joe Biden would have changed their mind had they got the full information on Hunter Biden story.

According to a report by Twitter itself, it labelled over 3 lakh tweets related to US elections in just 15 days. Any number of tweets by former US president Donald Trump was referred for “fact-check”, a mechanism by the Social Media giant which almost terms inconvenient tweets as “fake news.” Why, Twitter could even censor Donald Trump on election night itself! Hundreds of millions of his followers can’t get to their leader now—forever.

So how about this power of a Social Media giant in a Digital Age on what information a citizen should read or what it shouldn’t. Isn’t this what you would describe as the gatekeepers of global information?

Remember Trump went away saying that one of the greatest dangers of free speech is the “unchecked power” of Twitter, Facebook and Google.

A study by Knight Foundation, only a few months ago, had scanned 86m tweets to conclude that Twitter is heavily Left-leaning. The ratio was nearly 70:30. Further, not only Twitter’s residents are largely Left-oriented, they are loudest too. Their views thus got over-represented.

This audience, to go with some of the deepest pockets in the world, makes Twitter a law into itself. Scientists at Osaka University, Japan last year carried out a research and found that the “retweet” feature isn’t as simple as we all think. Scientists first chose 10 highly retweeted tweets. A cognitive model was used to assess how people perceive risks. Some immediately appeared “dreadful” to them. Others were rated as “unknown” in impact. Scientists found that users with fewer connections had their information spread arbitrarily, without any pattern.

On the other hand, users with a high number of mutual connections were more likely to spread dreadful information, their own “group” creating a surround sound which blanked out everything else. Retweets in such cases carried high consequences.

Let’s for a moment think of a crisis: Let’s say, some violence in neighbourhood over desecration of a Mandir or Masjid. Such powerful influencers, on a Social Media platform of a particular ideological bias—well Twitter CEO Jack Dorsey has confessed he and his people have Left bias— could be disastrous. The violence, civil unrest won’t remain just localised; it would spread to India’s hinterland too.

Faced with such a formidable adversary, the Indian government—well, quite a few as at this moment—are shifting to an India microblogging app named Koo. Sure, they would take hundreds of millions with them to this Indian platform. But I doubt if it would be an effective move.

First, Koo would be deemed a platform where Conservatives live. Even if it gains lakhs everyday—as it’s doing presently—it would still remain minuscule for the majority of microbloggers are Left and they prefer Twitter. Remember Parler, a US version of Koo, which began functioning two years ago: It’s been branded as a Conservative/Republicans platform. It’s neutrality compromised from its birth. Besides, who would make stories out of Koo? The mainstream media, be it in India or abroad, remains beholden to Left.

Thus “narrative” in our society as elsewhere in English-speaking word, would continue to be shaped by Twitter or other Social Media giants. They have the money which is the mother of all narratives.

It isn’t as if framing of rules are difficult. All those tweets which are potentially dangerous to “lives” should be blocked. Let the rest be “freedom of expression.” It’s such a simple, achievable goal. The problem is, when a powerful tool such as yours becomes a handmaiden to Left-Liberals and Globalists, “freedom of expression” is nothing but a double-speak and Orwellian and in essence means “censorship of free speech.”

So posturing besides, there is little that India could do with Twitter. It can’t arrest its executives; and Court order or not, twitter has hundreds of ways to stonewall Centre’s approach. It would meet your approach halfway and then leave the rest untouched in the name of “freedom of expression” and “fundamental rights.”

It’s an unwinnable battle against the Masters of Digital Age. Unless, you could ban them which, come to think of it, is more difficult than nuking China.