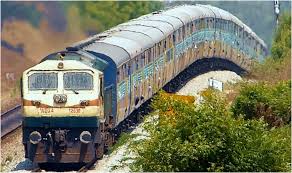 Railways was in news for different reasons last week. It wasn’t rail-budget (that the NDA government did away with in 2017 after 92 years); any train accident or cockroach in your dinner tray. It was because Sonia Gandhi, the matriarch of Congress, had opened her mouth and become a butt of joke.

Sonia makes few public speeches. But the other day, she spoke in Parliament and accused BJP of clandestinely “privatizing” Modern Coach Factory in Raebareli, Uttar Pradesh despite it producing coaches beyond its capacity. Her heart beat for thousands of employees who could be laid off. In perfect sync, All-India Railwaymen Federation (AIRF), with 1.4 million members, echoed Sonia’s fears.

Little had Sonia known of the muck it would invite on her own Congress party. Railway minister Piyush Goyal rose in reply and the skeletons of Congress regime began tumbling out. In 64 years, between 1950-2014, Congress had added only 13,000 odd tracks to its network; that Modern Coach Factory produced not a single coach since it was set in motion in 2007; and some unfinished projects in West Bengal date back from the 1970s. We would come to “privatization” bit in a while for a bigger Railways story awaits our attention.

This is just a starter. India is poised to become world’s most populous nation by 2024.  Most of it would be young, needing goods and that too in double quick time. India would’ve 829 million Internet users by 2021. It’s a prospect which salivates E-commerce biggies. It also has the government drooling towards its 5 trillion-economy goal. Transportation infrastructure, along with energy, is the biggest economic growth driver for the country. A 7% or 8% growth is impossible without an efficient Railways.

The worry is most of India’s transportation business still runs on land. That’s because our railway tracks carry both passengers and freight. It slows up the goods movement to a crawl. It makes transporters wary; and the investors reluctant. They have good enough reasons too. The account book of Railways show that out of every rupee it earned, 93 paisa was spent just to keep it chugging and alive.

In comes Dedicated Freight Corridor. Demand for rail freight movement is infinite. It’s government’s priority too. Two corridors under construction are expected to be functional over the next two years. The Eastern and Western Corridor covers a total stretch of 3,360 kilometres. The Eastern Corridor stretches from Ludhiana (Punjab) to Dankunj (West Bengal) and the Western one lasts from Jawaharlal Nehru Port (Mumbai) to Dadri (Uttar Pradesh). Visit any of its sites and you would be stunned by the speed of operations in sorting out locomotive and wagon specifications, energy maximization, freight logistics, track safety, commercial and marketing plans and skill-enhancement centres etc.

Freight is a game India can’t lag behind. While inland waterways, coastal shipping, air and road transport are doing their bit, Railways has to be the prime mover to prepare India for its next decade. The matter is not just of economy, it’s of environment too. While jobs and revenue are paramount, the matter of environment is one of life and death.

Fortunately, Indian Railways has pulled up its stocks. Nearly 45 per cent of all our rail nework is electrified today and rest are running on diesel locomotive. No longer we are reliant on steam engines which are run on coal and its fossil fuel lay our environment waste. Most, if not all, of our superfast trains hav electric engines. More and more tracks are being electrified. Varanasi and Chittranjan manufacture all types of railways engines. Coach factories in Perambur, Kapurthala, Raebareli etc produce the compartments on which India runs.

And talk of passengers. Since 2000, the growth of passengers using Indian Railways has gone up by 200 per cent. It would only grow further. India needs more and more short-distance trains which are electric and power efficient. Superfast trains, lampooned by opposition, are critical too.

Prime Minister Narendra Modi flagged off India’s first semi high-speed train, Vande Bharat Express, earlier this year.  This plush 16-coach air-conditioned, self-propelled train doesn’t have a locomotive. It runs between Delhi and Varanasi with halts at Kanpur and Allahabad. The 780-km long journey is completed in eight hours and slices off three hours from it earlier duration. This is India’s fastest train to date. The looks and interiors of the train have the feel of a commercial airplane. Hold your breath, 130 similar semi high-speed trains are in the pipeline.

Sure, all this needs investment. Government is doing its bid to attract private players (General Electric is already there). Foreign Direct Investment (FDI) is being sought. Public-Private Partnership is the need of the hour. Corporatization plan is mooted, like the one of Indian Railway Rolling Stock Company to hive off seven of its production units and associated workshops which Sonia Gandhi mischievously termed as “privatization.” Modernization drive has so far fetched Rs 1.21 lakh crore of investment. Indeed, the estimation is of $190 billion investment by 2050. High-speed trains could save India up to $64 billion on fuel expenses. The diesel cost presently is Rs 15000 crores per annum.

After an existence of 176 years, Indian Railways is getting the attention it deserves. No longer those railway budgets which were only meant to announce schemes and new routes and never saw the light.  It desperately needs investment and India is exploring all its avenues. To run it down as “privatization by stealth” is ethical debauchery.