IPL beckons: Its time cricket runs out law 41.16’”and the spirit be damned 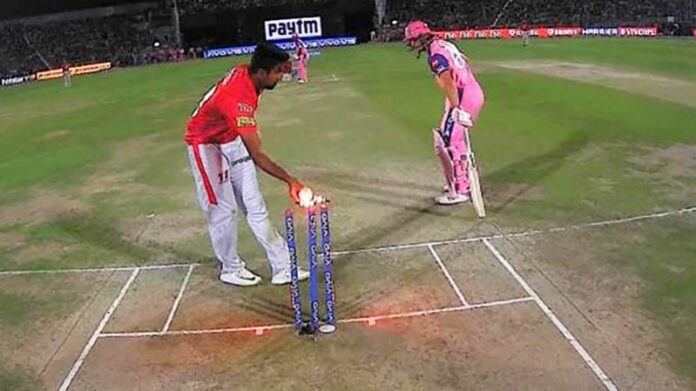 With several weeks still to go before the first ball is bowled in the 13th edition of the Indian Premier League (IPL), the cricket world is engrossed in an interesting debate over Law 41.16 of the game.

The law states: “If the non-striker is out of his/her ground from the moment the ball comes into play to the instant the bowler would normally have been expected to release the ball, the bowler is permitted to run him/her out.”

And the opinion is sharply divided into batting and bowling camps, the former invoking the “spirit of the game” while the latter point to Law 41.16!

When modern advancement in technology has made, like much else in life, a contest of millimetres and television frames, the spirit of the game argument can well be thrown out of the window. After all when the Douglas Jardine-led England Test team employed the leg-side trap to curb the batting genius of Sir Donald Bradman it was well within the laws of the game to pepper batsmen with short-ptiched deliveries with Law 41 on unfair play yet to introduce the clause 41.6 regarding dangerous bowling.

If England could justify their action, why not the rest of the world!

Surprising that much debate followed the first-ever dismissal under Law 41.16 by late Indian all-rounder Vinoo Mankad when he ran out Australian opener Bill Brown in the Sydney Test … when the batsmen did not desist to taking early starts despite being repeatedly warned by the bowler.

That the type of dismissal was nick-named after Mankad is a great dis-service to the man who served the game with plenty of distinction and can be easily clubbed as one of the early ‘true” all-rounders in cricket.

Afterall, now TV commentators can be heard screaming at the top of their voices that “the line belongs to the umpire” even as the replays are being cued up to decide on an appeal for stumping or run-out. And on more than one occasion, batsmen on the line have been rightly ruled “out” since Law 39 clearly mention the words “behind the line”

The root of the present debate lies in England player Jos Buttler being run out by Ravichandran Ashwin during the 2019 IPL game between Rajasthan and Punjab, the batsman had been warned previously. Interestingly it was Buttler’s second such dismissal, the previous one having happened in 2014 during the home Test series against Sri Lanka.

Ashwin has since moved on to the Delhi franchise which he is expected to lead during the forthcoming IPL . What seemed to have stirred things up is former Australian captain and new Delhi coach Ricky Ponting’s open disapproval of the method of the Buttler dismissal, invoking the spirit of the game!

Rather strange coming for a person who believed in playing the game hard and never gave not asked for any quarter!

Ashwin’s rebuttal has been just as sharp. And quite rightly so, it seems, since the game of cricket is so much tilted in the batsmen’s favour anyway. So if  Ashwin asks for a “free ball” for bowlers if a non-striker is backing up too far, there’s plenty of merit in the argument.

The Indian off-spinner suggests docking the batting side five runs if a batsman is dismissed off the free ball, much in the fashion of a free hit is allowed to batsmen after a ‘no-ball’ has been called for any reason.

There are instances aplenty in international cricket when bowlers have stopped short of running the non-striker out when clearly out of the popping crease, some even having cost the team the match. At the end of the day, it’s a fair method of dismissal and should never be taken out of the equation.

As long as Law 41.16 remains on the statute books of cricket, there is nothing wrong in bowlers denying batsman the “luxury” of an early start, spirit be damned!