Is Rohit peeved at being ignored for vice-captaincy? His turning out for MI suggests so 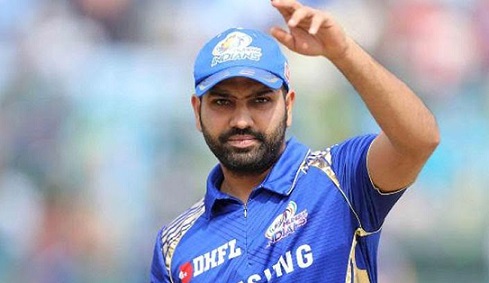 In almost a throwback to the 1980s when there was a game of virtual musical chairs between two legends over the leadership of the Indian cricket team, Rohit Sharma seems determined to cock-a-snook at the Board of Control for Cricket in India.

The captain-opener sprang a surprise by taking the field for his Mumbai Indians franchise on Tuesday in the ongoing Indian Premier League in the United Arab Emirates in what was actually an inconsequential game against Sunrisers Hyderabad for his team, already assured of a top table finish.

Rohit’s sojourn at the crease against Hyderabad did not last too long but he was fielding right through the opponents’ batting onslaught.

Naturally Rohit meant to convey he was fit. But then why did BCCI declare him unfit? Or it could be that his “fitness” was a temporary issue, soon to be over with? But BCCI went ahead and announced the team for Australia, and no less the vice-captains for all the three formats.

By turning out for Mumbai, did Rohit want to prove that his omission from the tour of Australia on medical grounds was a farce? And that he deserved to be vice-captain on the tour?

It did appear to be a calculated move by Rohit to score a point over the BCCI and the selection committee, who had gone ahead and named the vice-captains for all three formats behind skipper Virat Kohli.

Throwback to the 1980s when Sunil Gavaskar and Kapil Dev were locked in an exactly similar battle for leadership. If Kapil was captain for one series, it had to be Sunny for the next. How else does one explain Kapil leading in the 1983 and 1987 World Cups and Gavaskar in the 1985 World Championship of Cricket in Australia.

And, mind you, the captain’s hat seemed to have little relation with success in 1983 and 1985 but more to keep the players divided along zonal lines so that BCCI could keep them on a tight leash.

North (Virat) versus West (Rohit) appears to be unfolding yet again.

The only difference this time round seems to be that BCCI has thrown its weight solidly behind the man at the helm. Not being named in the squad, Rohit has to first prove his fitness before he can even join the leadership battle. That is assuming that Team India may not fare too well during the forthcoming visit Down Under.

With no Rohit, the skipper need not be looking over his shoulder all the time to check if he has someone breathing down his neck in the leadership stakes.

Rohit’s decision to prove his fitness, or lack of it, in the final league encounter of the IPL seems to bolster the idea of a leadership conflict brewing in Team India. Perhaps, the Mumbai batsman would have been better advised to be patient and wait for his turn at helm rather than challenge the decision-makers and push for the slot.

BCCI president Sourav Ganguly has already gone on record saying Rohit is a key member of the squad and would be a natural selection if he is fully fit. That puts to rest all doubts about his place in the squad.

Only the leadership battle remains … and it doesn’t look like going away any time soon.