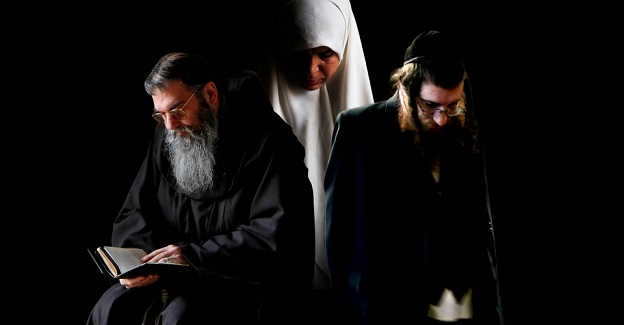 After the historic peace pact between Israel and UAE, Jared Kushner, son in law of President Donald Trump and key architect of Middle East policies was optimistic when he said, “…we hope it will start an even more historic journey in Middle East and beyond”. A clear reference that other Arab and Muslim nations could join the bandwagon.

The optimism is not groundless. According to Prof. Sheikh Abdul Hadi Palazzi, Director of the Cultural Institute of the Italian Islamic Community, and Imam Dr Muhammad Al-Hussain, the return of the Jews to the Holy Land, and the establishment of Israel, are in accordance with teachings of Islam.

When asked what the Quran says about the State of Israel, Prof. Palazzi replied: “The Quran cannot deal with the State of Israel as we know it today, since that State came into existing in 1948 only, i.e., many centuries after the Quran itself was revealed. However, the Quran specifies that the Land of Israel is the homeland of the Jewish people, that God Himself gave that Land to them as heritage and ordered them to live therein. It also announces that—before the end of the time—the Jewish people will come from many different countries to retake their lands”.

According to the Hamas charter, Palestine is an Islamic endowment “for all generations of Muslims until the Day of Resurrection” which no one may renounce. The Arab-Israeli conflict is seen as not just a political dispute but has religious overtones.

“You will find very clearly,” says Sheikh Dr Muhammad Al-Husseini, another Islamic scholar, “that the traditional commentators from the eighth and ninth century onwards have uniformly interpreted the Quran to say explicitly that Eretz Yisrael has been given by God to the Jewish people as a perpetual covenant. There is no Islamic counterclaim to the Land anywhere in the traditional corpus of commentary.”

Dr Al-Husseini is a British imam who teaches a course on the Quran as part of interfaith studies at the Leo Baeck College, the Progressive rabbinic college in Finchley, north London. One of the texts he has taught is the following verse in the Quran (5:21), “O my people! Enter the Holy Land which God has decreed for you, and turn back on your heels otherwise you will be overturned as losers.”

These teachings of Holy Quran have been so surreptitiously kept under wraps that the whole faith looks like anti-Zionist.

Continues Prof Palazzi, in an interview to The Jerusalem Post: “…The influence of Wahabism on the contemporary Arab world is such that many Arab Muslims are wrongly convinced that in order to be a good Muslim one must hate Israel…. When you look at when Israel was forming, the process was not considered contrary to Islam.”

Abdul Hadi Palazzi legally named Massimo Palazzi, is the secretary general of the Italian Muslim Assembly, and the Khalifah for Europe of the Qadiri Sufi Order.

He moved to Cairo and became a pupil of Muhammad al-Mutawali as- Sha’rawi, then the Mufti of Egypt, who advised president Anwar al-Sadat to start peace negotiations with Israel.  Palazzi believes that only a correctly interpreted Quran can ensure peace for Israel and only a peaceful Israel can salvage Islam.

In Sura 5: 21, Moses, who is also a Muslim prophet, invites the children of Israel: “My people! Enter the Holy Land which Allah has ordained for you.”

The religious awakening regarding the futility of continuous antagonism against Israel is being realised by the Arab leaders but more so it is the realisation of harsh political changes within Muslim world that compelled UAE to look forward to Israel for peace.

The position of Saudi Arabia as the leader of the Islamic world is being threatened by Shia Iran, ambitions Turkey and even challenged by someone as negligible as Pakistan’s foreign minister Shah Mahmood Qureshi.

These threatening changes taking shape have coerced the strategists for Saudis to carve new lines of defence. Israel has never been a first aggressor, which cannot be said about Iran or Turkey.

So, what can be considered as a pre-emptive strike of raising defence, UAE has positioned itself with Israel. More countries could follow UAE.

Also, a debate has begun in a few Muslim nations about the futility of continuing a tradition, a norm of hatred, aggression and violence in the garb of terrorism against Israel.

We could see more Muslim nations in the Middle East following the UAE path.