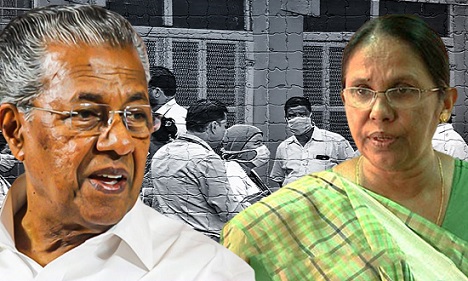 Kerala, the latest figures tell us, recorded highest Coronavirus cases on Sunday, even higher than Maharashtra. While the national average of additions is a mere 1 per cent, Kerala’s daily growth is 3.5%. Health minister KK Shailaja has confessed it could go up to 20,000 new numbers every day from now on. What has gone wrong?

Let me straightaway agree that the surging Corona numbers in India are no longer a news. India could overtake United States any day now that it has crossed 7-million mark. We all are also resigned to the eventuality of a vaccine being administered on us is a good 6-9 months away. But I bring Kerala in discussion for a larger point to the readers.

Kerala had recorded the first Corona patient in January.  Prime minister Narendra Modi, in March-end, had announced the first lockdown. In a matter of 4-5 weeks, the accolades had begun flowing for Kerala. The numbers were low, the fatalities lower. It was just not India: British daily The Guardian hailed Kerala’s health minister KK Shailaja as a “Rockstar.” United Nations honoured her a month later. Closer home, The Hindu was gushing: “It’s a success born out of decades-old social revolution…this is also the reason why other States…may not be able to achieve the same level of success.” Our ThePrint, Quint, Scroll, Al Jazeera, the Wire were honking the horns. We were told how Kerala had put its prevention in place, how its health infrastructure was equipped overnight to get the pandemic by the throat.  Shailaja had credited herself that it was all because of her efforts. “Rockstar”, you see.

Now the cases are surging. The blame is now being pinned on the returning migrants. But weren’t we told that Kerala had the answer all this while? That it’s “revolutionary’ government is setting an example for the rest of India and that its’ Kerala’s curse to be a part of a nation which suffers from corrupt governance and uneducated masses?

Another fact begs your attention. How many active cases do you think Kerala has compared to vis-à-vis a “backward” Uttar Pradesh run by a “thug” of a chief minister? Well Uttar Pradesh has 40,000 actives cases. Kerala is nearly a lakh. And don’t you pin the blame on low-testing.

Indeed, it’s Kerala which is testing far less than Uttar Pradesh. The figures which caught my attention last week was Kerala testing 59,610 and finding 7,000 infected. Uttar Pradesh in contrast, the same day, tested 1,56,928 samples and only 4,032 were positive. And now go and work out the maths for Uttar Pradesh is India’s most populous state and Kerala only 13th in the list. In simpler terms its 22 crores vs 3 crores plus.  I mean is scaling up the testing isn’t part of a vigilant, committed Kerala against the pandemic? Same is the case vis-à-vis West Bengal which has been given a voucher of non-attention by the media even though at 9 crores in population its active cases is far more in percentage to Uttar Pradesh.

I close this piece for you to reflect if what you see and read is rigged. How a Hathras is drummed up on a questionable sequence of events but a Barmer in Rajasthan or a Amritsar is not even probed. Just reflect how deep this embedded mafia of media-Islamist/Leftists/Liberals is hoodwinking us. That they care two hoots about our lives and livelihood.  On your vigilance rests the future of our country.