Mamata no longer has the script of her Bengal potboiler 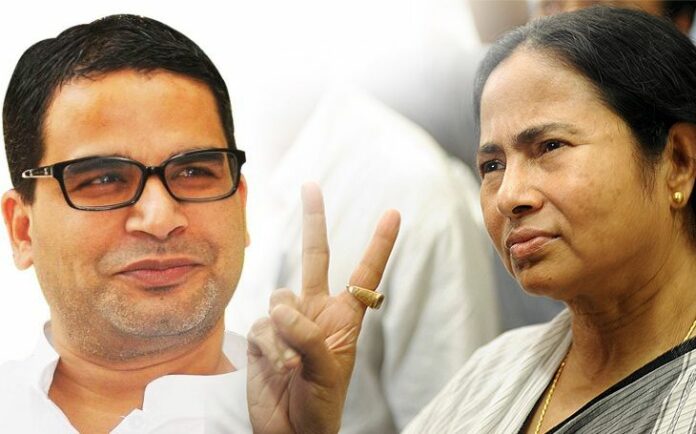 Now that Mamata Banerjee is trembling in her chappals, the potboiler that is West Bengal politics is giving us twists which would befit an Alfred Hitchcock thriller.

The political “Chanakya that is Prashant Kishor, is rewiring “Didi” to a completely new persona in which she is keeping her temper in check; rarely mouthful to Bharatiya Janata Party (BJP) and neutral to religion to an extent it would make any theologian of Left proud.

Instead, Ms Banerjee is deepening her outreach to her people, which now seem inclusive and not distinctly appeasing. The latest is “Didi Ke Bolo” (Tell Didi) political campaign to make her accessible to all. She is in a “swacch” drive of her own—though the word might be a stink to her nose—asking her party honchos to return “cut money”, unmindful if it upsets them. The latest measure, digital and all with www.didikebolo.com website, intends to send 1000 party workers to different villages in next 100 days to learn about local issues. There is also a party helpline number inviting people to open up.

All this before Asaduddin Owaisi and her AIMIM decided to join the mix. Playing the communal card, AIMIM has entered Bengal and made Mamata a take-it-or-leave-it offer. The Hyderabad-based party has asked Mamata to choose if she wants to be friend or foe with them in Bengal. Neutrality is not permitted.

Mamata has so far kept her famous ill-temper in check. She won’t be provoked lest the image makeover of a tempered leader is flushed down the Hooghly. But it must be quite a task. The lioness, post-2019 polls, had withdrawn in her den, keeping an eye on BJP swarming the hideout and removing boulder by boulder to leave her out in the open, unyielding sky. And it’s Owaisi who is now on her rear. She won’t be wrong to presume that AIMIM after all is BJP’s B team.

It sure is a race against time. West Bengal was one state where BJP didn’t have a presence. It now is opening up offices by the dozens, and boosting it ranks with an impartial eye, be it on new recruits or the flock which is deserting Mamata Banerjee by the hour.

The biggest challenge to this makeover is the strategy of discarding communalism for populism. Mamata Banerjee wants to be communally neutral; BJP and AIMIM are unwilling to let her have that option. One of her two nemeses is bringing the weight of Hindu sentiments to bear on her; the other is asking the new Mamata to come clean if Muslims could still count on her.

In a way, this also vindicates the roadmap Prashant Kishor has chartered for Mamata Banerjee. Rise above religious identity: Hindus or Muslims as a bloc won’t help. People connect alone could salvage.  Hindus in Bengal have caught the national fever and lengthening the miles behind the saffron. Owaisi would eat into her Muslim base. But if people have a leader who is 24×7 for them, the one they trusted overwhelmingly not so long ago, there could still be a twist in the tale.