Meghalaya harps on Inner Line Permit (ILP); to raise it with Amit Shah 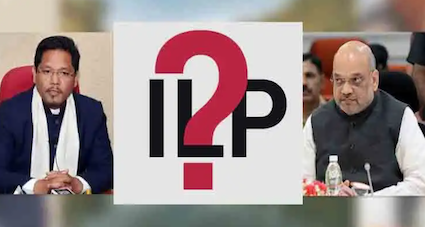 Meghalaya deputy chief minister Prestone Tynsong said  that his government will raise the issue of implementation of inner line permit (ILP) in the state with union home minister Amit Shah in the next  meeting.

Inner Line Permit (ILP) is a travel document issued by the relevant state government for  travel of  Indian  nationals  into a protected area for a limited period and is mandatory.

ILP regulates the movement of the travellers and  visitors as a precautionary measure to certain areas located near the international border of India. An ILP is in force in the North east states of Arunachal Pradesh, Nagaland, Manipur and Mizoram apart from  Lakshdweep. The demand for ILP is growing in  Meghalaya.

Tribal organisations in Meghalaya have been demanding ILP since 1985 for “defending the State from outsiders”. Intermittent movements have often led to friction, and the last incident in February 2021 led to the death of a Khasi Students Union (KSU) leader. Some organisations had started a campaign saying “all Meghalaya Bengalis are Bangaldeshis” and asking all “foreigners” to get out of the State.

Last year the Governor Satya Pal Malik, however, backed the alternative Meghalaya Residents Safety and Security Act (MRSSA), considered a ‘comprehensive mechanism’ to regulate the entry of outsiders into the state instead of ILP. “I have not understood how ILP will help people in Meghalaya. You will have no investment, no tourism, nobody will come to you, and ultimately it will be harmful,” he said. “This is not my opinion, but assessment. And the prerogative of implementation lies with the Centre.”

He added that the ILP would not be essential if the Meghalaya Residents Safety and Security Act (MRSSA) is implemented.