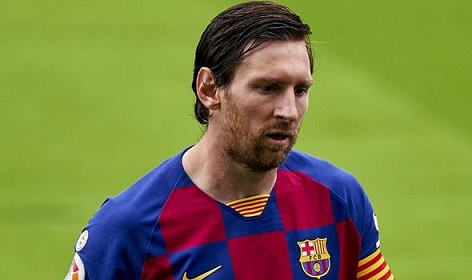 The Catalans are suffering and how! Barcelona are currently lying eighth the La Liga table, a full nine points behind the leaders with two games in hand.

Enough time to cover the gap in the Spanish football league, given the long season ahead. But the same cannot be said about their super-star striker Lionel Messi, whose sharp reactions during the media interaction following his return from international duty for Argentina signals that the player has anything but got over the transfer saga fiasco of the summer

Messi wanted out from the only club he has turned out for professionally but then Barcelona president Josep Maria Bartomeu enforced clauses in the contract, later upheld by La Liga as well, to keep the Argentine at Camp Nou.

One of the primary reasons that the striker was not willing to stay on at the Catalan club was his not so warm relationship with Bartomeu himself. Since neither man kept the hostility a secret, Bartomeu finally had to resign from the post he had held since 2014.

Messi, meanwhile, has shown a fair bit annoyance with the team and present set-up, prompting a public rejoinder from the coach Ronald Koeman that all was well in the Barcelona dressing room.

The Argentine’s reaction to his not so easy partnership with French forward Antoine Griezmann, who replaced Brazilian Neymar at Barcelona, has been the talk of town not just in Spain but the world over.

After all, as things stand, Messi can leave Barcelona for free at the end of the current season. Obviously, plenty of top clubs across Europe would be ready to break their banks to get the star to sign on the dotted line.

It’s hardly a secret that Messi wants to renew his partnership with former Barcelona player and coach Pep Guardiola, who has only last week extended his stay at Manchester City for another three years. The former English Premier League champions do have deep pockets and are an obvious destination for the unsettled Argentine forward.

Interim Barcelona president Carles Tusquets, who took over following Bartomeu’s resignation, has his task cut out. And his options are pretty limited since Messi staying on at Camp Nou may not be one of them. Hence to make the best of a bad deal, Barcelona may yet make some money if they can agree to a deal with City and Guardiola during the mid-season transfer window.

Easier said than done since City owners are expected to not pay for someone they are going to get for free at season-end.

Messi and Barcelona both appear to have begun the countdown.