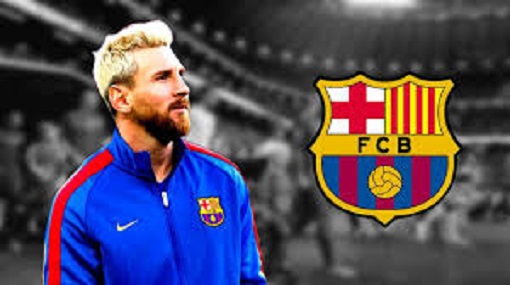 The best football player of the present day has also proved to be an equally smart businessman. Lionel Messi agreeing to stay at Camp Nou for the remaining period of his contract only means bigger trouble for Barcelona.

With the Catalan club, in consonance with Spain’s La Liga, enforcing the buy-out clause, whose deadline for 2020 ended on June 30, Messi has no option but to pay the stipulated 700 million Euros or stay put. However, an unsettled player, even of the calibre of Messi, is probably the last thing that new manager Ronald Koeman needed.

Remember the David Beckham saga at Manchester United before the midfielder moved over to Real Madrid. And, mind you, the man in charge then was none other than Sir Alex Ferguson, who was indeed emperor of all he surveyed at Old Trafford as long as he occupied the manager’s chair.

When a player has made up his mind, for whatever reason, to no longer stay at the club, it is best to let go. The moment Sir Alex realised that Beckham, his own pupil, was no longer committed to Old Trafford, he quickly cut the cords and made some money from the situation by allowing the United board to negotiate the sale.

Something similar could have been worked out by Barcelona with a bit of tact. Merely digging in the heels hardly helps since the annual salary commitment for Messi still has to be met even if the player takes the field or not!

And come June 2021, Messi walks away from Camp Nou without a farthing for Barcelona, the only club the Argentine captain has ever played for in his entire professional career.

La Liga, already reeling from the move by Cristiano Ronaldo to Italian Serie A club Juventus, ended up backing Barcelona to try and help them retain the biggest star currently on display on this firmament. But the support appears to be rather misplaced since Messi may not even turn out for Barcelona games, let alone play his heart out for the fans that have rooted for him since his teenage years.

Now the options for Barcelona are few.

Accept a much-reduced transfer fee and let Messi go where ever he has set his heart upon. That way Barcelona do not have to keep paying Messi’s well-earned monumental wages, and still make a rather fair ending of a bad deal.

Much of the blame for the current state of affairs would be laid squarely at the door of Barcelona president Josep Bartomeu, who anyway faces a tough re-election following his not so clever handling of Messi. The season-long public disagreements between club’s captain and president wasn’t what the fans were hoping during the rather disappointing run which saw Barcelona end without a title.

Now that Messi has reluctantly agreed to see out his present contract, Barcelona can only hope to cut its losses.

And the club needs to make up its mind soon before the summer transfer window closes. That is the only way things could look better on the balance sheet as well.