Messi Transfer Saga: The man who is the biggest bait for the megastar 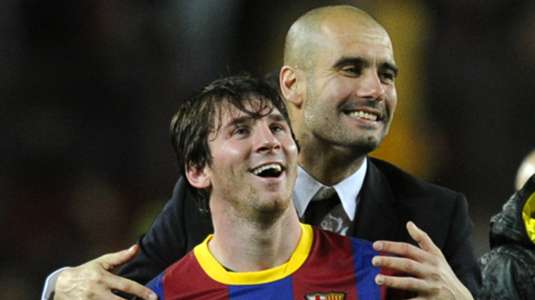 The Lionel Messi transfer saga has kept not just the football fraternity but the entire sports eco-system glued for the sheer audacity of it.

Without doubt the best football player today, Messi is reported to have agreed to a 700+ million Euro deal with the City Football Group that would see the Argentine move to Manchester City and re-unite with former manager Pep Guardiola.

Interestingly CFG owns New York City of USA’s Major League Soccer and Melbourne City of the Australian A-League. As a compensation package, Messi is said to have been offered a share in CFG.

As part of the plan, the 33-year-old star would stay only three years in Manchester and move across the pond to boost New York in the MLS, something many feel Messi could win single-handedly even at 36 years of age.

So unsettled was Messi at Barcelona that his father Jorge Messi, who is also the player’s agent, flew down in a private jet all the way from his home country Argentina to try and settle the matter one way or another. After all the Catalan Club has been the Argentine’s only professional employer so far!

There were other mouth-watering prospects on the table as well. A chance to re-connect with former Barcelona team-mate Neymar at Paris Saint Germain in French Lique 1 or, even more dramatic could have been forging a partnership with long-time rival Cristiano Ronaldo in Italian Serie A’s Juventus. Both clubs were ready to break the bank for Messi’s signature but the attraction was not strong enough to net the star.

Money apart, the opportunity to re-unite with Pep Guardiola at Manchester City seems to have decisively tilted the scales in his move across the channel. Guardiola was manager at Barcelona for four years from 2008 before moving on to Bayern Munich in 2012 and then to his present position five years later.

This is not the first offer that Guardiola has made for Messi.

In 2017, Manchester City’s offer of 755 million Euros was rejected by the Argentine as he signed on the dotted line for Barcelona keeping him at Camp Nou till June 2021. But all that looks to have come undone as Messi remains firm in his resolve to part ways with the Catalan club, who could have made the departure as little more comfortable for themselves by having handled the mercurial genius of the football field with a little more tact.

Now Guardiola would already be licking his chops at the prospect of unleashing Messi on the English Premier League rivals. And neither can the fans wait to see the best footballer play again for his favourite manager.

After all the duo had forged a highly successful partnership not so long ago!

As for Barcelona, they can at best hope to delay the move and possibly extract some financial benefit but that is unlikely to assuage their fans already enraged about the departure of their favourite son!