Modi-Imran in SCO: Be ready for some tough pictures 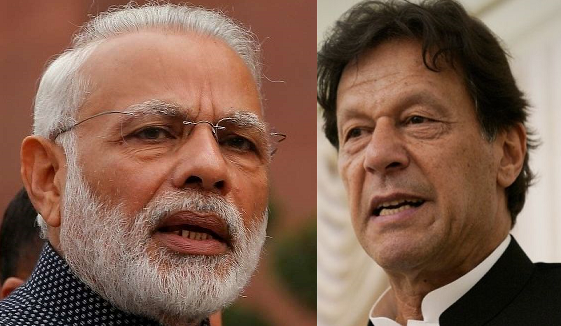 It would be a hectic two days for Prime Minister Narendra Modi in Bishkek, Kyrgyzstan (June 13-14). The flight detour through Oman and Iran too wouldn’t have helped. Then there is this little matter of bilateral talks with at least five heads of states:  Xi Jinping (China), Vladimir Putin (Russia), Hassan Rouhani (Iran), Ashraf Ghani (Afghanistan) and Sooronbay Jeenbekov (Kyrgyzstan) besides the actual SCO Summit.

Modi’s diplomacy in Shanghai Cooperation Organization (SCO) isn’t just about his time. It’s also about the long shadow of United States which would follow his every move and not just with China, Russia, Pakistan and Iran—all in US crosshair for one reason or the other.  Modi has the image of a tough leader, engaging the world but never aligned to any particular bloc. Much of it would be tested by Friday.

Modi, of course, can’t overlook the probing audience of a billion and a half people in India and Pakistan. There would be photo-ops with Pakistan’s prime minister Imran Khan. Every nuance of arched eyebrows, warm or cold smile, firm or limp handshake, would be dissected in reams of papers. A hug though is as good as ruled out.

In many ways SCO would be about optics. Its’ stated goal is to fight against the three evils of terrorism, separatism and extremism. But Pakistan would be spared this embarrassment. Our troublesome neighbour is making its debut in SCO since its formal induction in 2017—as is the case with India. This  powerful  Group of the East has had always China behind the wheels. Modi can enjoy the ride but can’t change the course.  China is friends with Pakistan for nothing.

Meanwhile, India and Pakistan have chosen to embarrass each other on the eve of the 19th SCO Summit. India first sought a free airspace for Modi’s passage to Bishkek. However once it was granted, wisdom prevailed and Modi opted to decline the offer. Pakistan, or its propped-up separatists in Jammu & Kashmir, then killed 5 CRPF jawans in Anantnag on Wednesday. Be ready for some tough pictures from Bishkek.

It isn’t to say that SCO is without merit for India. US needs India for its Asia strategy and by appearing shoulder-to-shoulder with Putin and Xi, Modi would keep Donald Trump sober when the two meet in a fortnight’s time in Osaka for G20 Summit (June 28-29).  Modi’s bilateral with Rouhani in Bishkek would further force Trump’s hands. That the host in Osaka would be Japan’s Shinzo Abe, who is outreaching to Iran later this week, is no little matter.

India also needs to have the right thermostat to keep matters with China from running too hot or too cold. Modi’s recent visit to Maldives must have prodded the wounds of China. Bishkek would be a good place to straighten out the ruffled feathers since the two leaders, Modi and XI, are slated for a summit in October, a la Wuhan style.

There is no gain denying India sees a friend in Russia. It was Russia which facilitated the entry of India into SCO which, to begin with, was primarily a Central Asia lobby that needed an axis after Soviet Union exploded in 1991. Modi and Putin aren’t taking any steps back on S400 missiles or their growing defence cooperation and Bishkek would afford the two leaders a moment to align themselves against the evil eye of US.

SCO is as good a moment as any to keep Afghanistan in India’s good books. The mountainous country could be fuming for having been not invited for Modi’s oath ceremony last month.  Kabul is insecure for more than one reason—Taliban, fostered by Pakistan, is gaining international currency; and US is vowing a retreat of its armed forces. India has always been an all-weather friend and Bishkek couldn’t have come at a better time.

India also needs access to information and intelligence from the Tashkent-based RATS (Regional Anti Terror Structure). China’s push for Belt and Road Initiative (BRI) also can’t be allowed a free goal. India also  can’t afford to be hemmed in by Pakistan and China on its two flanks. A global economy can’t be known as only a South Asian behemoth. India needs physical access over and above its northern borders into Eurasia and SCO affords an excellent opportunity.  A rising India is critical to all big powers and it must keep all its suitors on tenterhooks. A stronger and more empowered Modi by his people would only help.