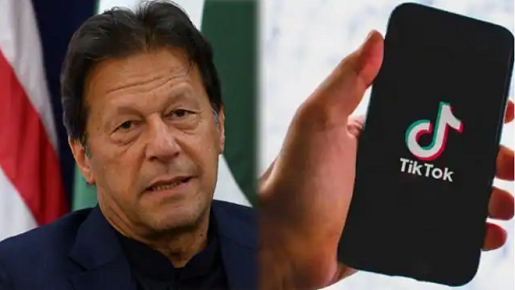 Tik-Tok, owned by China-based ByteDance has now hit another wall, this time in Pakistan. The ByteDance has found itself in midst of digital quagmire, globally, due to security and privacy concerns. It has already been blocked in India and it faces scrutiny in countries from Australia to the United States.

The official statement from Pakistan Telecommunication Authority (PTA) blames the app company for filtering out ‘immoral and indecent’ content.

“Keeping in view the complaints and nature of the content being consistently posted on TikTok, PTA issued a final notice to the application,” the statement said.

And added, “However, the application failed to fully comply with the instructions. Therefore, directions were issued for blocking of TikTok application in the country.”

A government official told the Reuters news agency, that Prime Minister Imran Khan took a keen interest in the issue. The statement said that Khan has directed the telecommunications authorities to make all efforts to block content deemed vulgar in the conservative country.

The move comes months after live-streaming app Bigo Live, dating App Tinder and Grindr was banned for the same reason and video-sharing platform YouTube was warned to block “vulgarity and hate speech”.

Rights groups in Pakistan allege that PTA had blocked more than 800,000 websites, including those of opposition parties and critics. They accuse government of blocking news outlets considered critical of the country’s security and foreign policies, some social media, and some political parties ‘websites under the garb of banning pornographic sites.

Pakistan, like other countries was concerned about its internal security and given the accusations levied against Chinese apps by India and other countries, must have got apprehensive. Banning these apps on the grounds on which India and few other countries did, was not possible by the country’s spineless government. The digital footprints of these apps can be traced in electronic espionage, done at the behest, backing and encouragement of Chinese Communist Party (CCP).

To get the know of Pakistani government’s as well as ISI decisions is probably more crucial for CCP than to know about India, for obvious reasons.

Pakistan, which had to keep the Chinese in good humour given all the financial, military and moral support found a comfortable excuse in citing danger to its ‘moral, cultural and Islamic values’.

Digital rights activist Usama Khilji, however, called the ban a violation of freedom of speech. He told news agency AFP, “TikTok is a major source of entertainment for lower- and middle-class Pakistanis, as well as illiterate citizens that includes half the population as it is video-based and easy to use.”

“In the name of a campaign against vulgarity, people are being denied the right to express themselves online,” Amnesty’s South Asia Regional Office said on Twitter.

“The #TikTokBan comes against a backdrop where voices are muted on television, columns vanish from newspapers, websites are blocked, and television ads banned,” it said.