Race against time for Rohit: How bad would it be if he sits out? 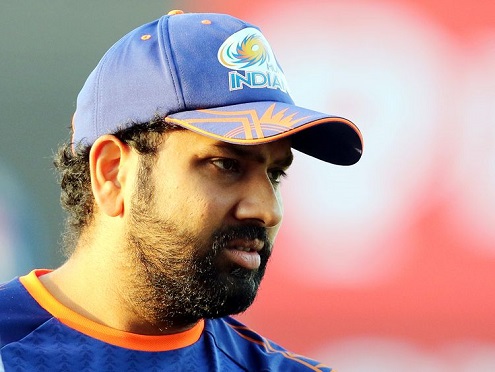 Covid19 pandemic makes tough demands on people around the globe. So how can cricket be any different!

Rohit Sharma and Ishant Sharma are both engaged in a race against time to regain fitness and join Team India in Australia before the Adelaide Test which is scheduled for a December 17 start.

It’s a tough timeline for all concerned.

Team India coach Ravi Shastri in a media interaction has categorically stated that November 26 is the last day that players must reach Australia in order to be considered for selection. That accounts for the mandatory 14-day quarantine that all visitors face Down Under and figure in India’s second and last three-day practice game starting December 11.

With no commercial flights in operation between India and Australia yet, the players have no choice but to travel via the United Arab Emirates, adding a good eight hours to the journey.

Counting back further, to reach Australia by November 26, players must leave the National Cricket Academy in Bengaluru by Tuesday since airlines are operating a severely curtailed schedule on the domestic circuit as well.

That gives the duo barely two days to prove their fitness and gain the nod to join Team India soonest.

More likely a miss rather than a hit, since the squad already in Australia is hardly lacking in resources.

The pace battery appears fit and raring to go with a full complement blending youth and experience with plenty of zip!

So is the Test batting line-up with Cheteshwar Pujara slotted at three, followed by skipper Virat Kohli, vice-captain Ajinkya Rahane at four and five. That leaves only the number six spot up for grabs since Mayank Agarwal and KL Rahul virtually walk away with the opening positions with Shubhman Gill and Prithvi Shaw looking on.

Plenty of work for Rohit, who is expected to bolster the Test middle order, may not be too keen on hitting the ground running since it could cost him dear if his performance fails to live up to expectations.

Moreover, he is also in a possible leadership tussle as far as white-ball cricket is concerned and also a certainty for Team India in the limited overs formats. Unfortunate that he has had to miss all the six outings against the Australians.

Wriddhiman Saha, the chosen number one Test wicket-keeper, has all but cemented his place for Adelaide by figuring in the intra-squad games over the past weekend. That’s how keen Team India was for the stumper to be part of plans that he accompanied the squad on the chartered fight from Dubai itself two days after the conclusion of the Indian Premier League 2020 even though the Bengal glove-man had failed to take to the field for his Hyderabad franchise in the knock-out games.

No such luxury for Rohit, or for that matter Ishant, and both were sent back home to NCA. Rohit did miss a few Mumbai games but was very much on the field to lead his side to back-to-back IPL titles but seemingly did not do enough to convince the five wise men of the selection committee.

As things stand, it appears that only once Kohli returns home after the Adelaide Test will Rohit become available for selection.